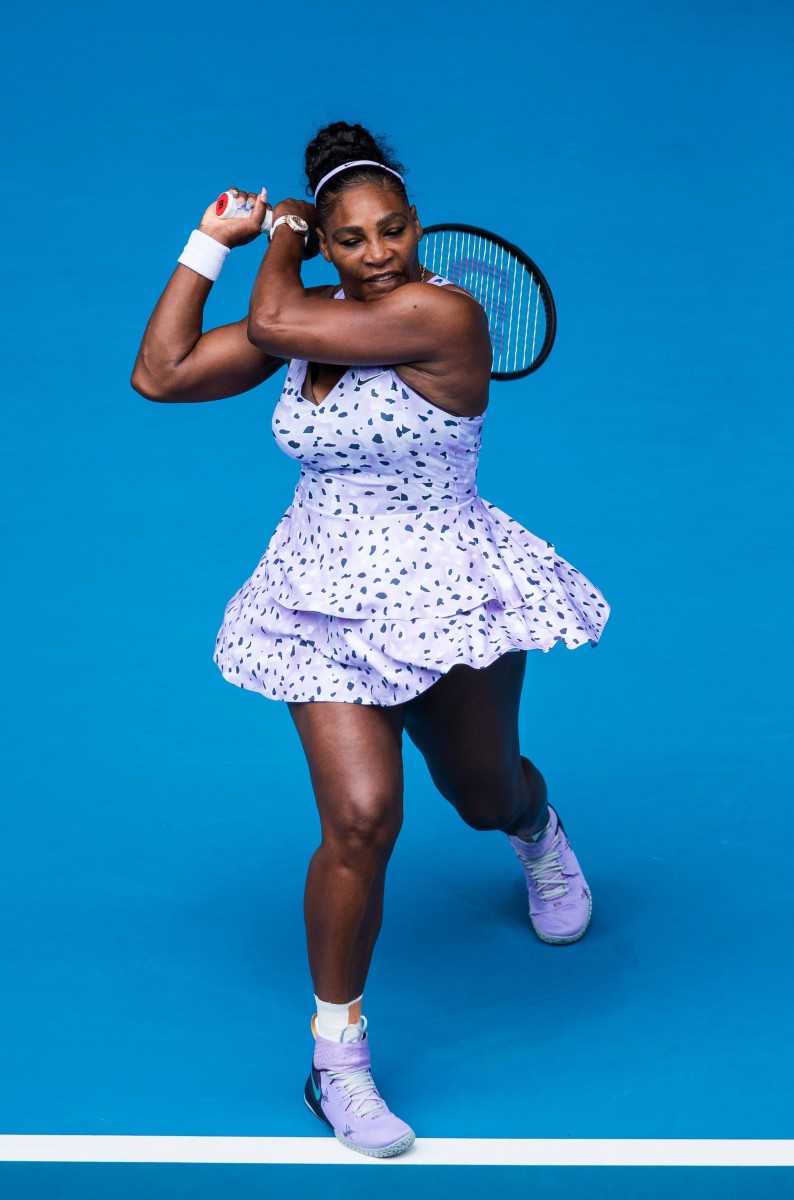 In just under an hour the American swatted aside Russian Anastasia Potapova 6-0 6-3 in the first round of the Australian Open in Melbourne.

Williams is the first woman to win 350 major matches in the Open era, increasing her lead over Martina Navratilova (306 wins), Chris Evert (299) and Steffi Graf (278).

Earlier this month, Williams was victorious in the singles event in Auckland, winning her first ATP title since giving birth.

Yet her two-year-old daughter Olympia still doesnt recognise what her megastar mum does for a living and in certain motherhood circles her fame is underappreciated.

The 38-year-old, who has banked 71.2m in prize money, said: It was amazing to win in New Zealand.

I hadnt been able to win as a mum before. I had been close. So this was special for me and for her I hope.

Sadly, she didnt know what it meant. She only cares about Play Doh and thats about it.

I try to tell her I am somebody. But she doesnt know.

Im known as Olympias mum to all her friends. And I love that.

Williams, who once had small blood clots on her lungs, says she was concerned about the air quality in the city, and has been monitoring updates from the authorities on a regular basis.

She said: I definitely was concerned, and am. It changes every day.

There are a lot of factors on how it can change. Thats still a concern for pretty much everyone.

After winning in Auckland, Williams donated all her 20,000 prize money to the bushfire relief fund following devastating fires across Australia this summer Down Under.

Obviously, for a woman with her size of bank balance she can afford to be charitable.

But it was still a wonderfully generous offer to those fire-fighters and communities left reeling from the fires.

She added: Its important for people like me, who have a big platform, to raise awareness. Ive been coming to Melbourne since 98.

It has a special place in my heart, I have friends throughout Australia who I consider as family.

As a player, its incredibly devastating. I know people who have been affected. Its been a disaster.

I wanted to make that statement and will continue to support in any way I can.

For the latest Australian Open odds, check out Betway Tennis.