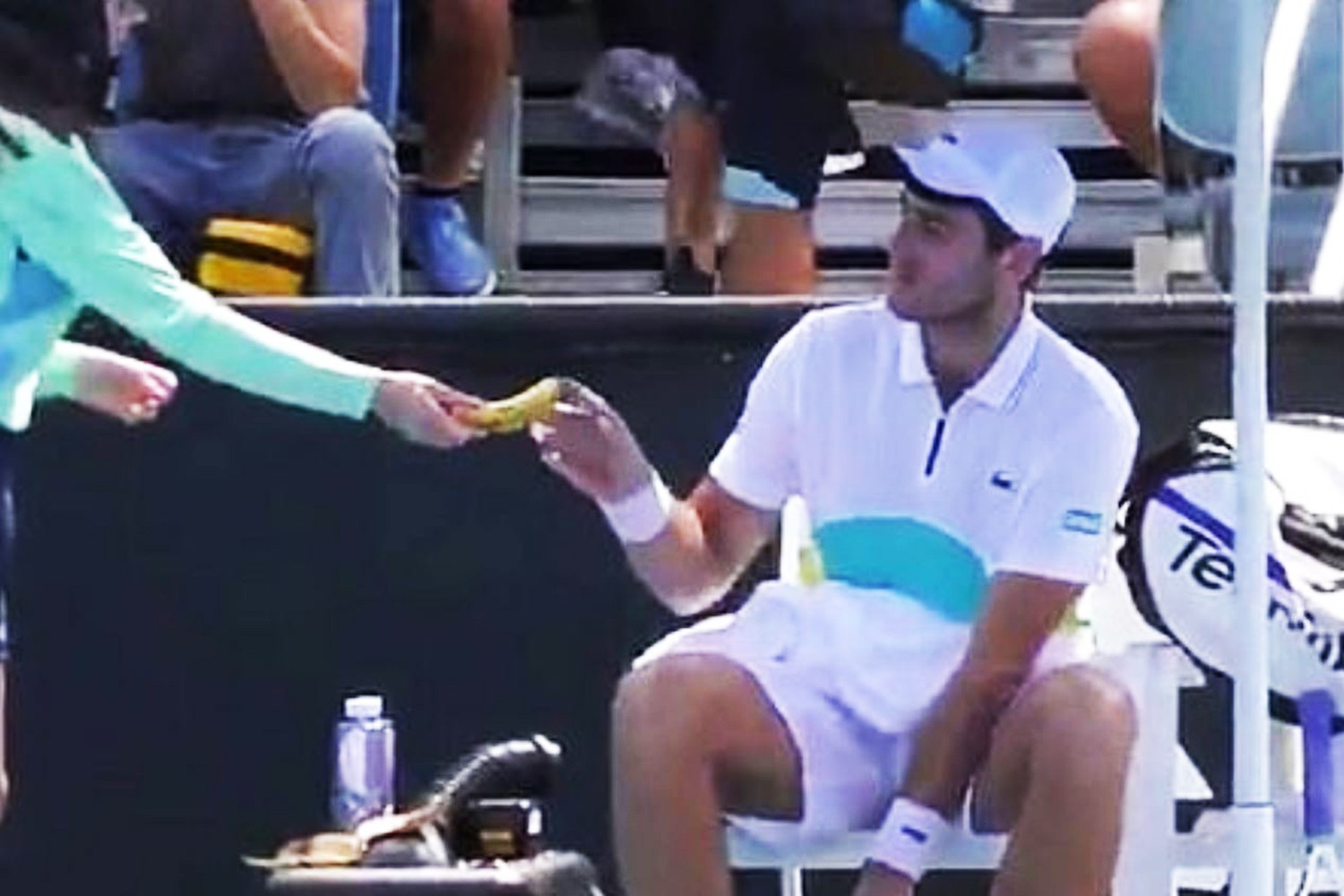 TENNIS star Elliot Benchetrit was told off by the umpire after asking a ball-girl to PEEL his banana.

The strange incident came as the world No229 took on Dmitry Popko in an Australian Open Qualifier in Melbourne.

So this is the moment where Elliot Benchetrit asks the ballkid to peel his banana. Im glad the umpire (John Blom) stepped in and told him off. pic.twitter.com/TK1GET68pG

The girl was shocked at the request, looking up to the umpire as she held the piece of fruit.

Thankfully the man in the chair John Blom told off the 21-year-old and told him to do it himself.

Benchetrit then bit one end of the banana, but not before arguing with Blom.

He seemed to be having trouble peeling it due to bandages on his hands and fingers.

Bencentrit went on to defeat his opponent and qualify for the main tournament.

But his demand for help with the fruit was slammed on Twitter after tennis journalist Alex Theodoridis uploaded a clip of it happening.

Maria Garcia wrote that the French tennis player was a “nasty piece of work” and “beyond rude.”

Sumaira Jajja posted that he was a “privileged creep” while another wrote that the ballgirl was “not a servant” and is there “to do a job”.

Others wrote that they wished the ballgirl had peeled the banana “and taken a huge bite” while the umpire was praised for scolding the tennis player.

In 2018 men’s player Fernando Verdasco was slammed for berating a ball-boy during the Shenzhen Open.

He furiously demanded his towel was passed to him quicker, gesticulating wildly with his arms.

He also refused to apologise to the lad, blaming social media for “speaking too much” and saying that it was his way of “telling him was that we have 24 seconds between points”.