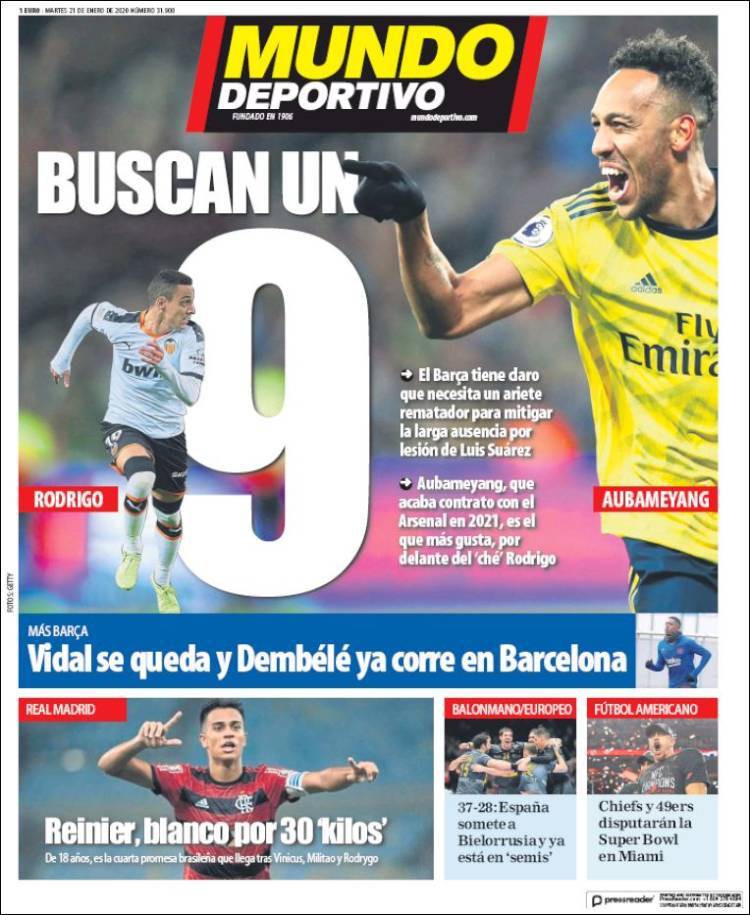 ARSENAL striker Pierre-Emerick Aubameyang is reportedly being lined up for a sensational move to Barcelona.

And one of the first tasks for the new boss will be to find a replacement for Luis Suarez.

The Uruguayan is battling a long-standing knee injury which he has decided to have surgery on.

And according to Mundo Deportivo, Aubameyang has been identified as the man to fill his boots.

Barca will be hoping the Gabon international’s friendship with Samuel Umtiti and former Borussia Dortmund team-mate Ousmane Dembele could swing it for them.

Aubameyang is currently banned for three games for Arsenal after his horror challenge on Crystal Palace’s Max Meyer during a 1-1 draw.

And it has previously been reported that Aubameyang would be prepared to quit Arsenal in the search for Champions League football.

The30-year-old has just 18 months left on his current contract and is refusing to extend his deal.

He has scored an impressive 57 goals in 91 games since coming over to the Premier League.

Ex-boss Unai Emery made Aubameyang captain in a bid to convince him to stay.

New boss Mikel Arteta has similarly fought off transfer speculation and insisted he “doesn’t even think of the possibility of Auba leaving”.

And although he is ready to carry Arsenal’s season on his shoulders, Aubameyang wants to reevaluate his options at the end of the season according to the Telegraph.

The 56million signing in 2017 from Dortmund has already worked under four different managers at Arsenal.