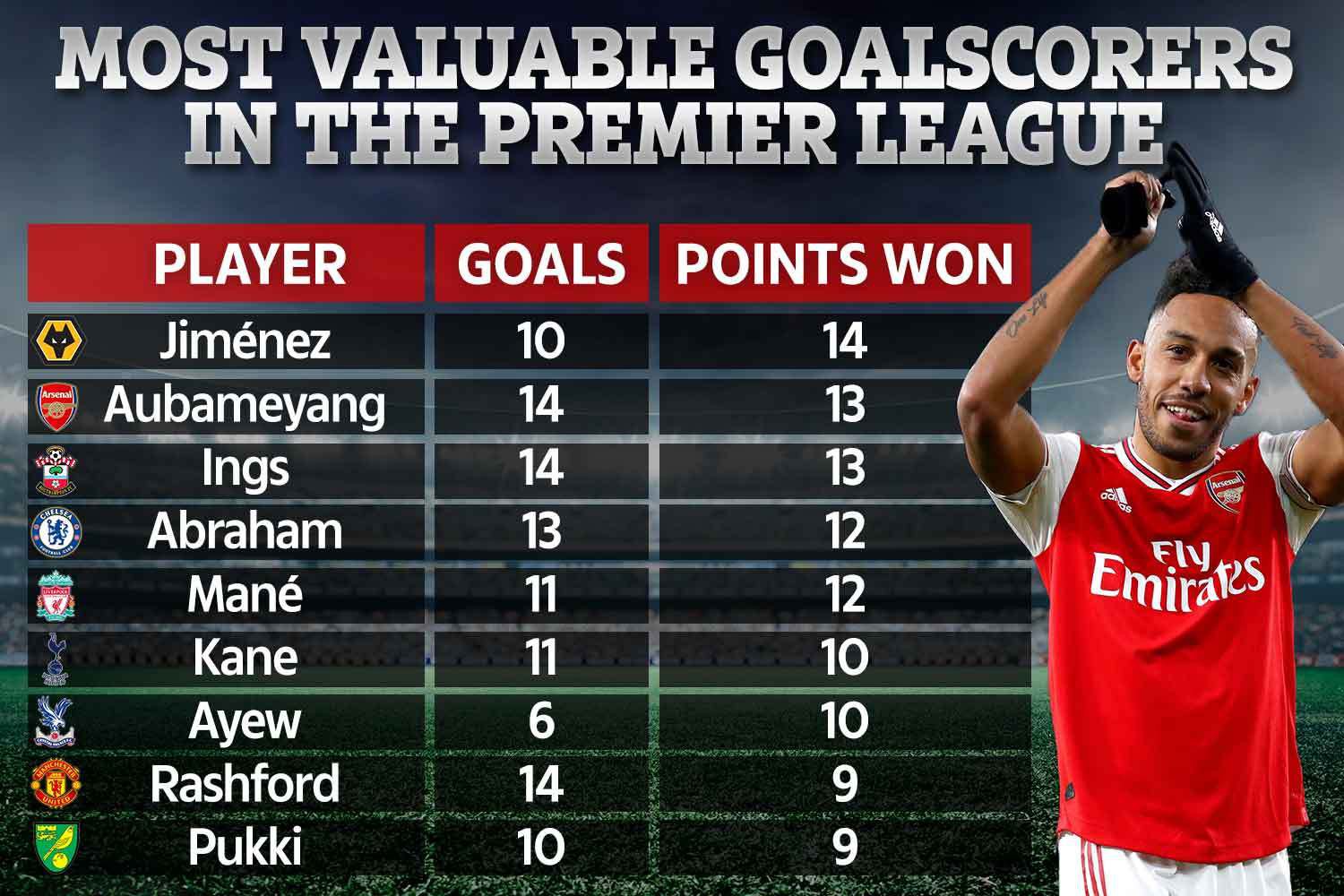 TIME and time again, Pierre-Emerick Aubameyang has come up trumps for Arsenal and the numbers show why his potential exit to Barcelona would be devastating for the Gunners.

With new boss Quique Setien installed and off to a winning start, the Catalans are focusing on replacing Luis Suarez.

According to Mundo Deportivo, Arsenal’s Gabonese captain is top of Barcelona’s shortlist along with Valencia star Rodrigo Moreno.

And, with talks over extending his contract past 2021 stalling, Aubameyang may decide to try his luck with one final big move before it is too late for the 30-year-old.

But that would leave Mikel Arteta’s team in an awful state.

The North London club’s top scorer this year with 14 Premier League goals, Aubameyang has long been played off as the man “carrying” his colleagues.

The stats show that he has secured 13 points with his goals this season, a tally which would drop Arsenal to the BOTTOM of the table were it removed from them.

A total of 29 points currently has them 10th in the table, seven clear of relegation and a whole 10 points off the top-four.

Vital goals from the Barcelona target include a late free-kick winner against Aston Villa, equalisers past Manchester United and Tottenham, and an opening day strike in the 1-0 victory over Newcastle.

Only Wolves have benefited more from one man’s contribution with Raul Jimenez single-handedly bagging 14 points from 10 goals.

They would also be in the relegation zone without their top scorer, while Southampton drop to bottom when taking away the 13 points nabbed by Danny Ings.

Tammy Abraham and Sadio Mane have won 12 points for Chelsea and Liverpool, respectively, meaning the league leaders would remarkably still be top without their winger’s goals.

And the stats show Crystal Palace’s Jordan Ayew is incredibly economical with his finishes – earning 10 points through just six strikes.