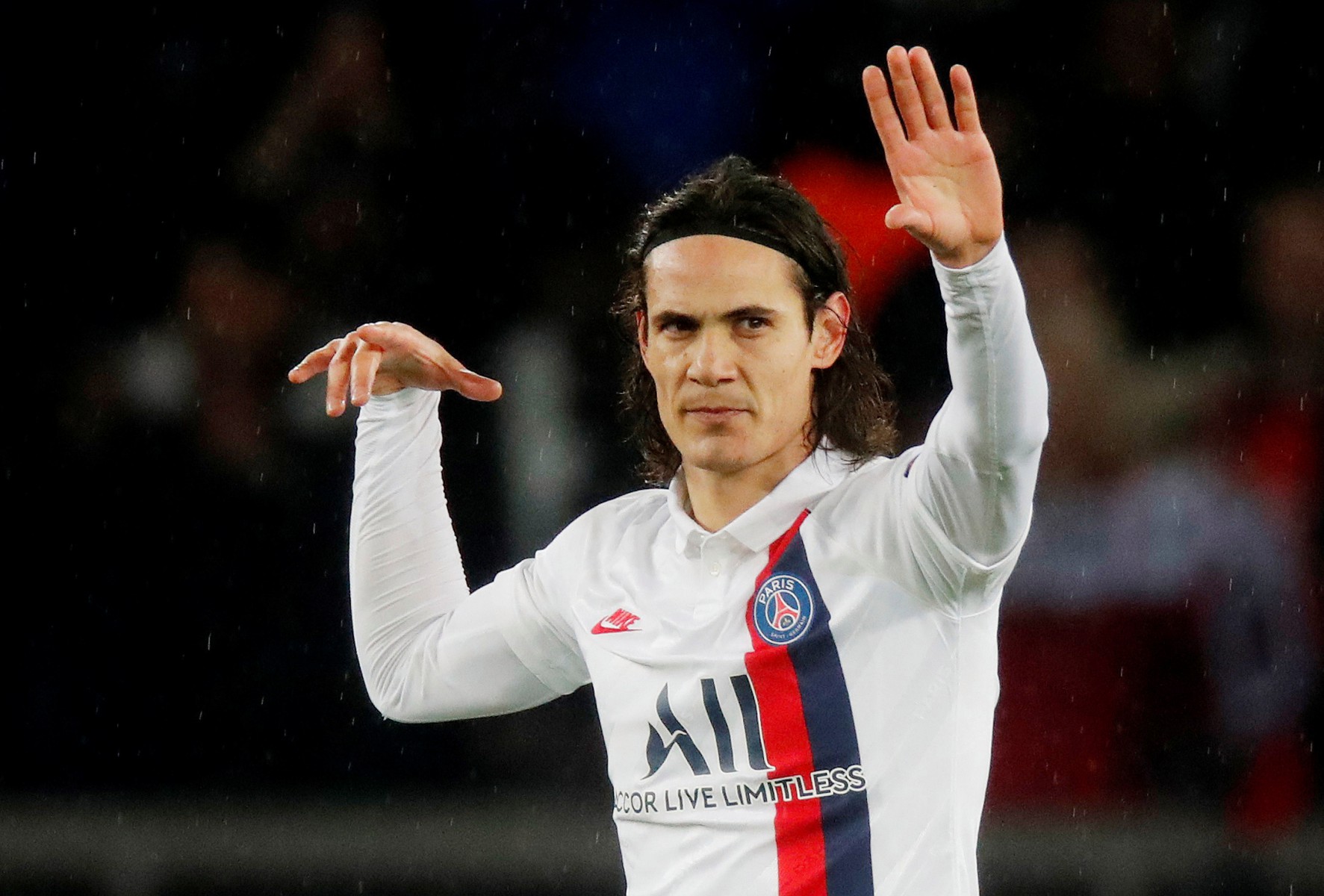 CHELSEA are set to offer Edinson Cavani a way out of Paris Saint-Germain with an 18-month deal after the forward handed in a transfer request.

According to the Times, Frank Lampard wants to snap him up in January as the 33-year-old’s deal with PSG expires at the end of the season.

The French side would prefer the striker to leave this month in order to receive a fee for the Uruguayan.

PSG want 23million, but it is unlikely Chelsea will match that asking price for a 33-year-old with six months to go on his deal.

Atletico Madrid had a bid of 8.5m rejected earlier this month.

The striker had been offered to Manchester United but Ole Gunnar Solskjaer’s side are reluctant to sign players who are 30 or over.

Speaking about Cavani’s situation, Lampard said: “He is a great player, I played against him.

“I am not sure what the situation is there though.

“He has experience, sometimes it’s good to bring in experience.”

Cavani has become increasingly frustrated at the lack of game time this season, having only made nine appearances in Ligue 1.

Chelsea are also condering a move for in-form German forward Timo Werner from RB Leipzig but a January deal is unlikely.

There is pressure on Abraham to bag the goals for Chelsea and when he doesn’t, they struggle for a back-up plan.

Olivier Giroud looks set to leave Stamford Bridge this month which would leave Michy Batshauyi as the only cover for Abraham.

Lampard will know the importance of finishing in the top four, so a signing a striker to support Abraham will be a priority.

Should the Chelsea boss decide against a move for Cavani, the Blues have been linked with a move for Lyon forward Moussa Dembele.

However, the French side’s president Michel Aulas has said he will not allow the sale of Dembele in this window.

The Ligue 1 side’s sporting director Leonardo revealed: “We’ve always said the same thing. We were hoping he would stay with the club, but today (Sunday) he asked to leave.”

Chelsea may have to fight off old boss Jose Mourinho to sign Cavani, with Tottenham desperate to add to their attacking options.

With Harry Kane set to be out until at least April with a hamstring injury, Mourinho is tempted with a move for the PSG man.