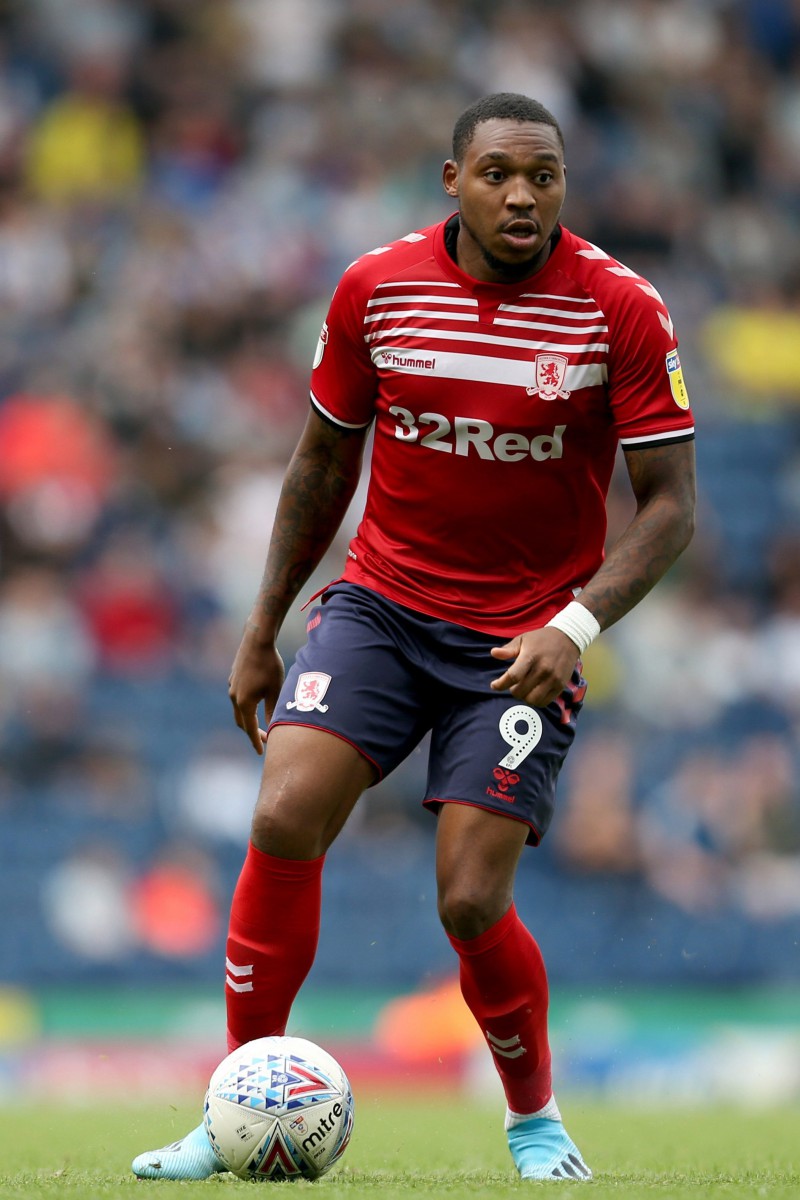 LEEDS are reportedly set to make a move for Middlesbrough striker Britt Assombalonga.

The Whites are desperate to replace Eddie Nketiah after he was recalled by parent club Arsenal.

Taht leaves Patrick Bamford as the only fit striker, with Tyler Roberts still recovering from injury.

And the weekend’s defeat to QPR exposed Leeds’ lack of firepower in the most brutal way.

Nahki Wells scored the only goal of the game, and that shouldn’t have stood after he handballed it in the lead up.

But Leeds were handed a lifeline in the second half when Bamford made the most of contact in the box.

The former Chelsea and Middlesbrough striker stepped up, only to see his effort save by keeper Liam Kelly.

And that seems to have prompted boss Marcelo into action, with The Mirror reporting that he has turned to Assombalonga.

The Congo international, who joined Boro for 15m from Nottingham Forest in July 2017, is only just making his back from injury.

He has scored 30 goals in 84 appearances in all competitions but could face a battle for the central striking spot with Ashley Fletcher in good form.

he has 18 months of his current contract left at The Riverside and could command a hefty fee.

But the chance of Premier League football next season could make him push for a move.