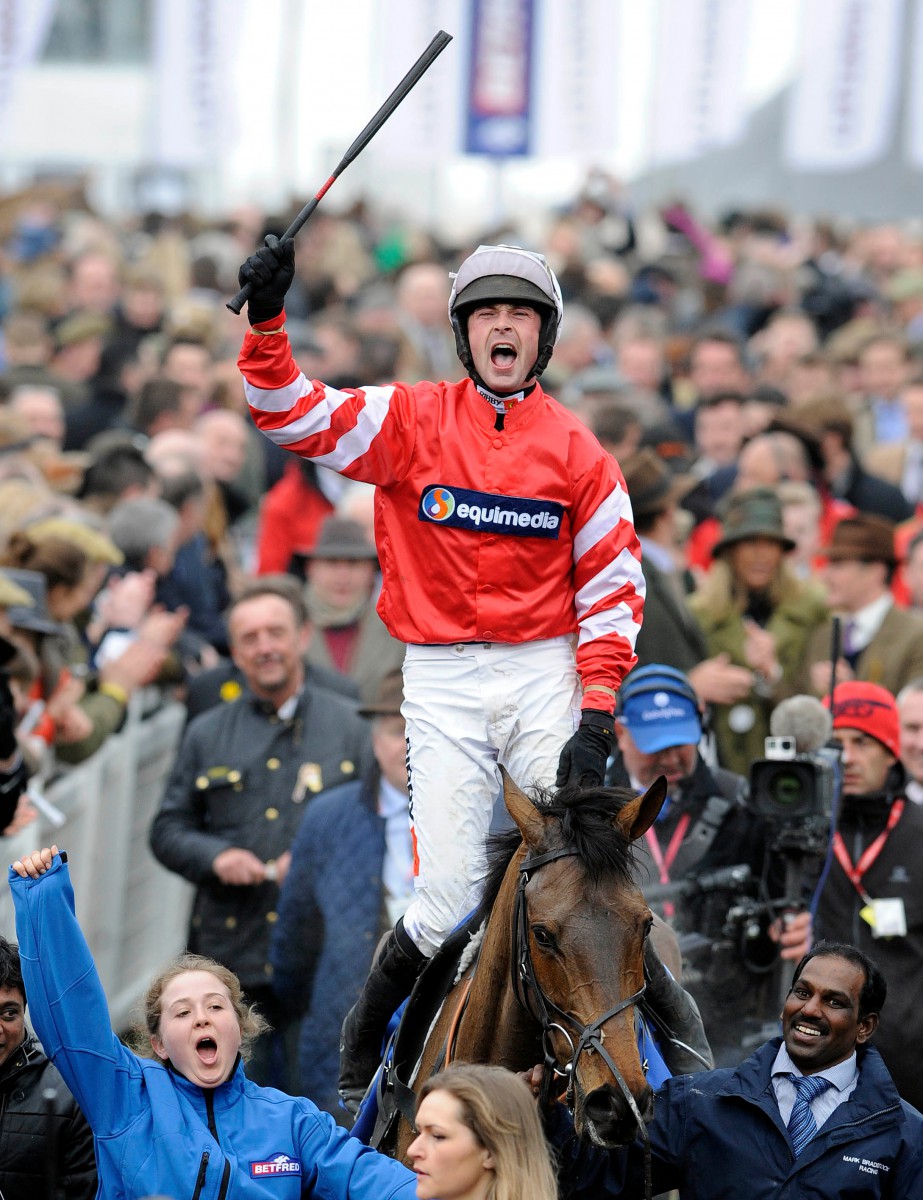 WITH the Cheltenham Festival now 48 days away, the Sun Racing team will be bringing you their ‘Festival 50’ every day between now and 10 March.

Sometimes you just have to sit back and applaud a horse. Coneygree’s Gold Cup heroics were everything this sport should be about.

The Bradstocks – god bless them – knew they may only get one shot at the big time, and boy did they take it.

Their star became the first novice to win the Gold Cup in over 40 years, the previous horse to achieve the feat was Captain Christy in 1974.

They took on the big guns, and for once in racing, the little man came out on top.

But Coneygree was as fragile as your Jagerbomb-induced hangover.

After his impressive novice hurdling campaign, he missed nearly two years before he romped home in Newbury’s Berkshire Chase on his chasing bow.

Kempton was next and a 30 length Kauto Star demolition before a heroic win in his first foray into open company as he gunned down the likes of Houblon Des Obeaux and Unioniste in the Denman Chase.

That’s when the fun really started. To Gold Cup, or not to Gold Cup? We all know the story.

Nico De Boinville produced one of the great Gold Cup rides as Coneygree jumped into the history books from the front.

Silviniaco Conti, Many Clouds, and the two previous winners Bobs Worth and Lord Windermere were all out with the washing. This was no fluke.

The scenes in the winners’ enclosure were unforgettable. Sara and Mark Bradstock deserved their moment for stuffing the rule book and just going for it.

Breeder and racing legend John Oaksey was responsible for the dam that also produced the once in a lifetime Carruthers.

“He (John Oaksey) is not here, but he’s here in spirit. All the big yards spend telephone numbers on horses and our mare cost 3,000. It shows anyone can do it, you don’t need millions. He didn’t know he’s a novice,” said Sara.

Injuries plagued him for the rest of his career, but the Bradstock’s would not have swapped that moment for anything. What a horse, and what a story.