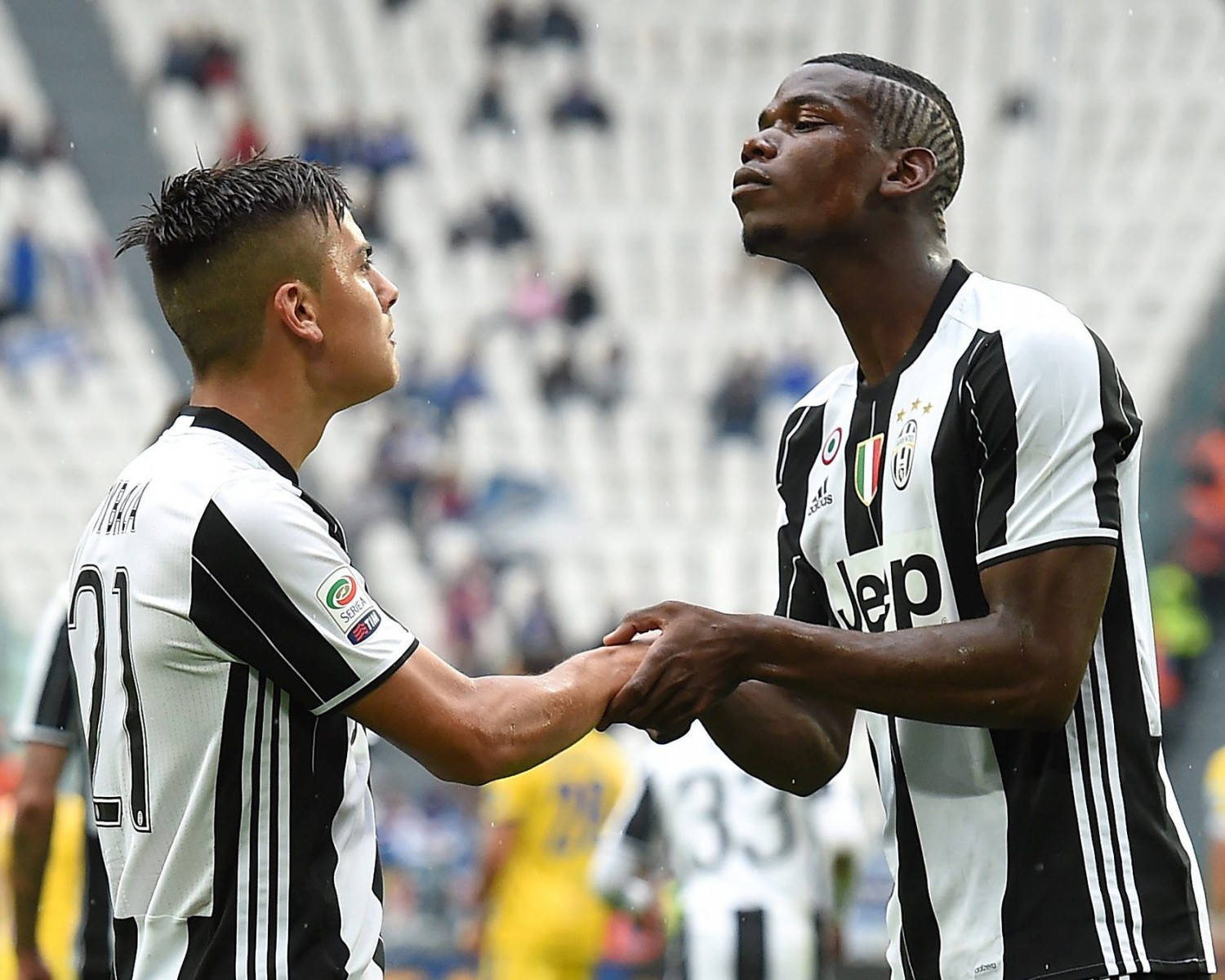 PAULO DYBALA wants Paul Pogba to return to Juventus – so they can make up more celebrations together.

The duo spent a year together for the Old Lady before Pogba returned to Manchester United for 89million.

Argentina star Dybala and Pogba used to choreograph their own celebrations when playing for the Serie A side.

And, as speculation continues to build about Pogba’s future, Dybala has said he one day hopes to develop some new moves with his old pal.

Dybala told Otro: “Paul and I have a good relationship and when we played here we were always looking for a new way to celebrate goals.

“We scored a lot of goals so the celebrations changed often.

“I hope that one day we will be able to celebrate again together.”

SunSport told you earlier this month they were willing to fund a move for the 26-year-old by offering Gareth Bale, Toni Kroos and Isco as part of a 160million deal.

But Dybala sees no reason why Pogba would not want a return to Turin – and a possible line-up with Cristiano Ronaldo.

Dybala said: “A player always dreams of arriving at a club like this.

“It’s a dream to be able to wear these colours and to win titles for us and for the fans.

“I also dream of winning something important on a personal level with this club.”

The forward has won four Serie A titles and three Copa Italias with Maurizio Sarri’s side.