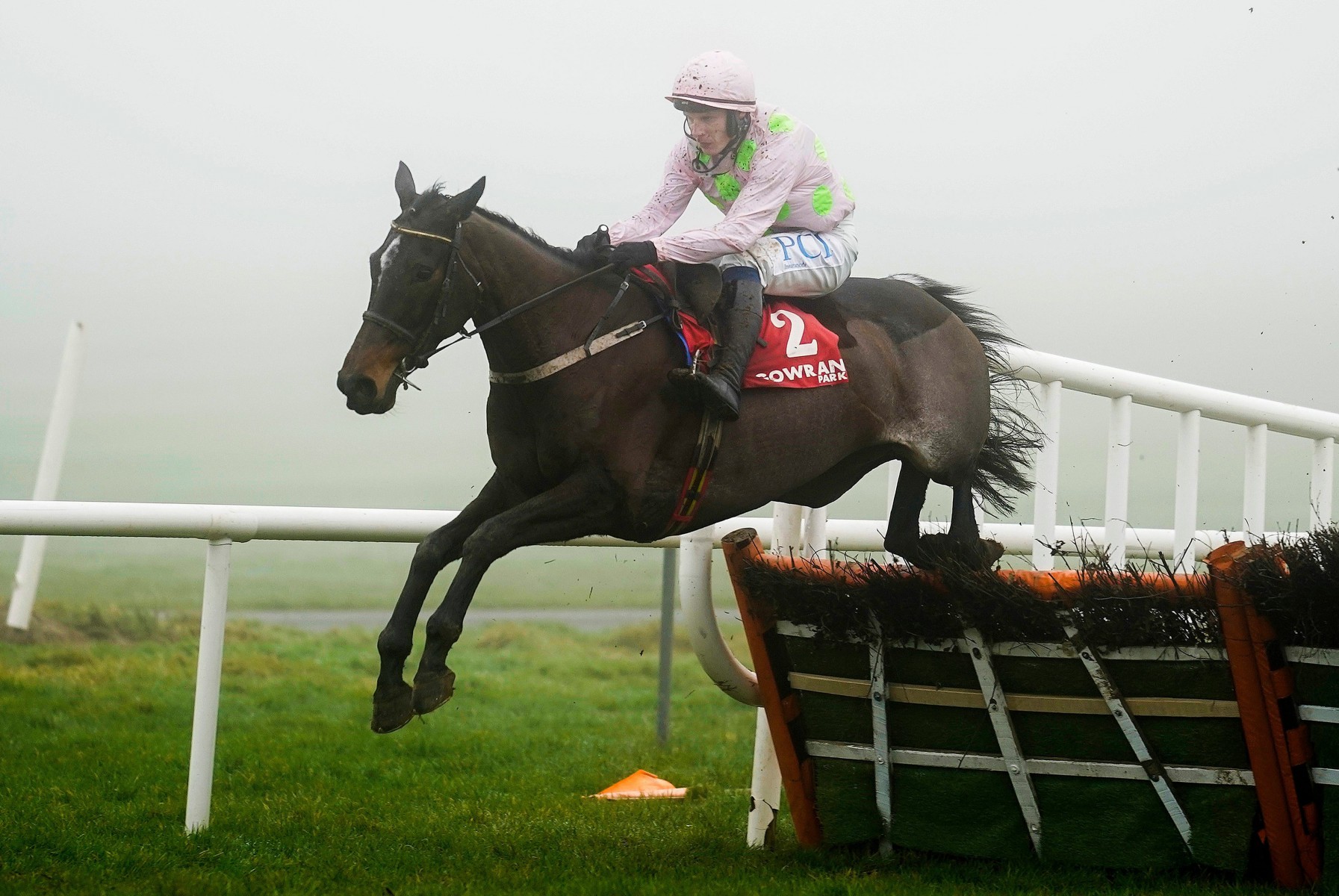 WILLIE Mullins hailed Benie Des Dieux as the best mare he has trained after she dazzled in the Gowran Park gloom.

The brilliant nine-year-old won the Galmoy Hurdle in a canter, with big rival Apple’s Jade pulled up in the straight having gone out like a light.

The Stayers’ Hurdle will come under consideration for Bennie Des Dieux

Victory in Gowran’s big Grade 2 was rarely in doubt as she breezed along on the bridle behind the front-running Apple’s Jade.

She was quickly brushed aside turning in and it was left to dual Festival winner Penhill to throw down the biggest challenge.

But he was no match for his superb stablemate, who was 21 lengths clear and eased down crossing the line.

On this evidence, Benie Des Dieux would give hotpot Paisley Park a serious race in the Stayers’ Hurdle at Cheltenham.

And Mullins confirmed that race would come under consideration, with William Hill cutting her into 6-1 for that contest and even-money (from 7-4) for the Mares’ Hurdle.

He said: “Obviously Apple’s Jade didn’t fire on the day, but I thought my mare put in as good a performance as she ever did in her life.

“Paul couldn’t believe how well she was going at the second-last and he said the race was over in a couple of strides.

“She went to France last summer and beat their unbeaten mare over there in the French Champion Hurdle. She could be better than any mare I’ve trained.

“She’s a three-mile mare rather than a two-mile mare. You’d seriously have to look at the Stayers’ Hurdle after that performance.

“She’d like a bit of cut in the ground so it will depend on the weather, and the fact that the Mares’ Hurdle is earlier in the week could be a factor (for more ease in the ground).”

He added: “I did a bit of work with her about 10 days ago and we thought she was in tip-top order.

“The Galmoy wasn’t on the agenda, but we said we’d enter without committing her. She was showing us all the right signs and it was a home game for us, so we said we’d let her take her chance.”

Later on the card, Total Recall rolled back the years to win the historic Goffs Thyestes Handicap Chase, giving Mullins a big-race double.

The 11-year-old, who won the Ladbrokes Trophy at Newbury back in 2017, sprinted clear at the top of the straight in the hands of a delighted Danny Mullins.

The rider said: “This is the big race for this area. To win any 100k handicap is big for a jockey but this race is just a bit more special.

“My dad’s yard is just across the road and we grew up coming here as kids.

“I got a nice run around. I missed the kick a little bit but I didn’t want to rev him up too early. I got him in a good slot and he galloped very strongly to the line.”

Total Recall, pulled up when favourite for the 2018 Grand National, is a 25-1 poke for this year’s Aintree showpiece.