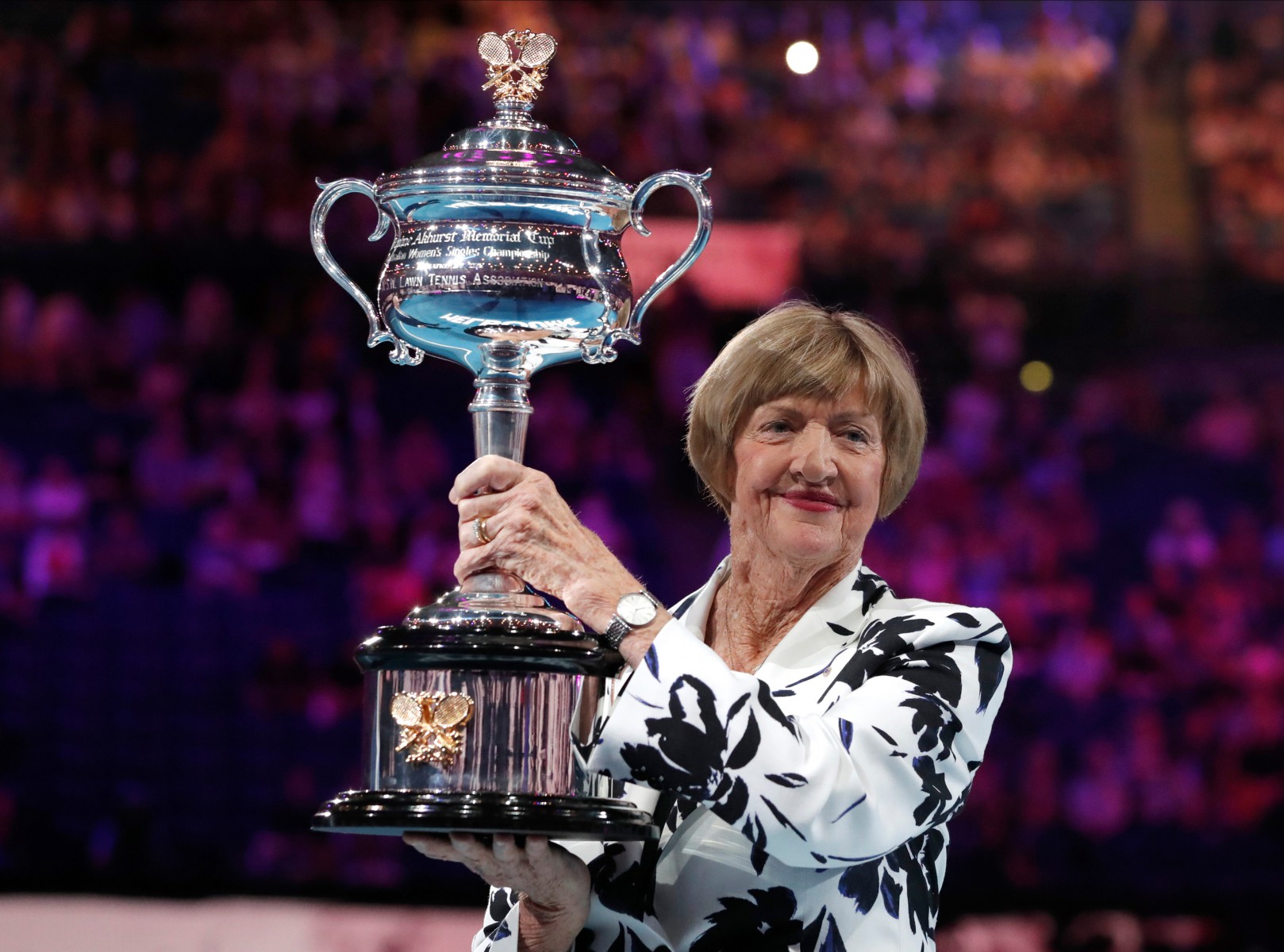 JOHN McEnroe wants “crazy aunt” Margaret Court to be airbrushed out of tennis history for her offensive and homophobic statements.

The American is the biggest name at the Australian Open to criticise Court, who was honoured with a special ceremony on the Rod Laver Arena on Monday night.

This year marked half a century since Court completed the Grand Slam, claiming all four major tennis tournaments in the same calendar year.

Court, 77, won a record 24 Grand Slam singles titles but Serena Williams is just one shy of equalling that tally.

In her role as a pastor for a Christian church in Perth, Court has courted controversy by slamming same-sex marriage and fellow gay stars.

American McEnroe, 60, told Eurosport in his position as the self-appointed Commissioner of Tennis: The air quality in Melbourne is not the only nightmare. Margaret Court is another one.

Theres only one thing longer than the list of Margaret Courts tennis achievements – its her list of offensive and homophobic statements.

Just a few examples. During the apartheid regime in South Africa, she said: I love South Africa. They have the racial situation better organised than anyone else. What?

About transgender children and LGBTIQ: Its all the work of the deviltennis is full of lesbiansit is sad for children to be exposed to homosexuality.

Margaret Court is actually a ventriloquist using the bible as a dummy to say whatever she wants.

This year marks the 50th anniversary of Margaret Courts Grand Slam and Tennis Australia faces a dilemma: What do they do with their crazy aunt?

Serena, do me a favour: get two more Grand Slams this year and get to 25, so we can leave Margaret Court and her offensive views in the past, where they both belong.

Martina Navratilova has been attacked by Court in the past and the Czech-born American says her views are not acceptable.
The 63-year-old, who came out in the early 1980s, said: “It’s just unfortunate because I think what Margaret Court doesn’t realise is how many people she hurts with her rhetoric.

“She can believe whatever she wants but she’s actually hurting people and that’s not OK.”

All courts and all matches of the Australian Open live on Eurosport and Eurosport Player.