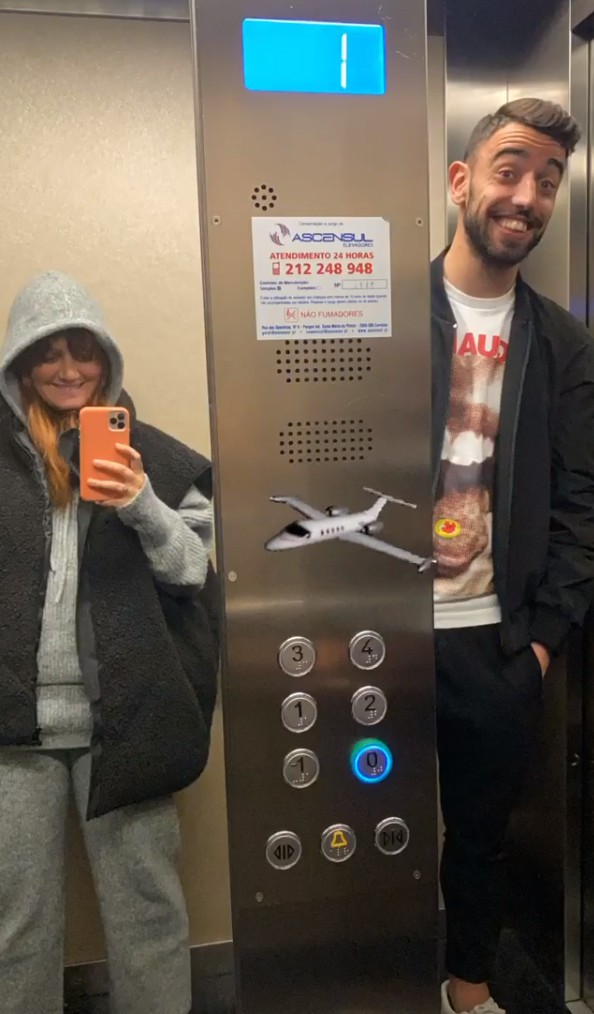 BRUNO FERNANDES broke his silence on a move to the Premier League as he appeared to board a flight and finally seal a switch to Manchester United.

The Red Devils launched a new and improved initial 46.6million bid last night plus add-ons which was accepted by the Portuguese side.

Fernandes has already agreed to a four-and-a-half-year contract with the option to extend it by a further year.

And it appears he is heading to the club to put pen-to-paper on his transfer following a post uploaded to Instagram.

Close friend Carolina Deslandes revealed a picture of the duo standing in a lift with huge smiles alongside an aeroplane emoji.

According to the Metro, he was stopped by Portuguese reporters outside his house to answer questions over his switch to the Red Devils.

When asked if the Premier League was his preference, he simply responded: “It always was.”