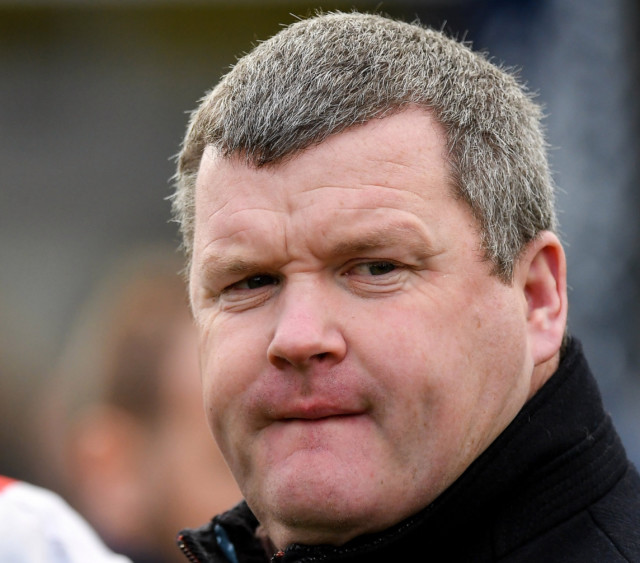 GORDON ELLIOTT has been urged to ‘step away’ from racing as the storm over his dead horse photo could ‘destroy’ his mental health.

Elliott, 43, will find out his punishment at a hearing with the Irish Horseracing Regulatory Board on Friday.

Already he has seen his remarkable career, which includes being the youngest ever winning trainer of the Grand National, lie in ruin.

Elliott has twice apologised for his ‘indefensible moment of madness’ and is banned from running horses in Britain.

It is understood he will not fight any ban imposed on him tomorrow.

But already the number of trainers urging him to step away from the sport is building.

Fellow Grand National winner Ted Walsh said Elliott should give up his licence and ‘take a break’.

And now Max McNeill, who has Cheltenham Festival runner Escaria Ten at Elliott’s Co Meath yard in Ireland, has joined the calls.

He told The Mirror: “I think he needs to step away from the sport.

“It’s hard on you mentally when you have spent your whole life building up this fantastic career and then literally, overnight, it’s falling apart before your eyes.

“I think that would destroy anybody’s mental health.”

Like Ryanair boss Michael O’Leary and big-spending Noel and Valerie Moran, McNeill will, for now, keep his horse at Elliott’s yard.

The Mail report that Elliott’s operation could be placed in the hands of a caretaker, which would allow the horses to run at Cheltenham. 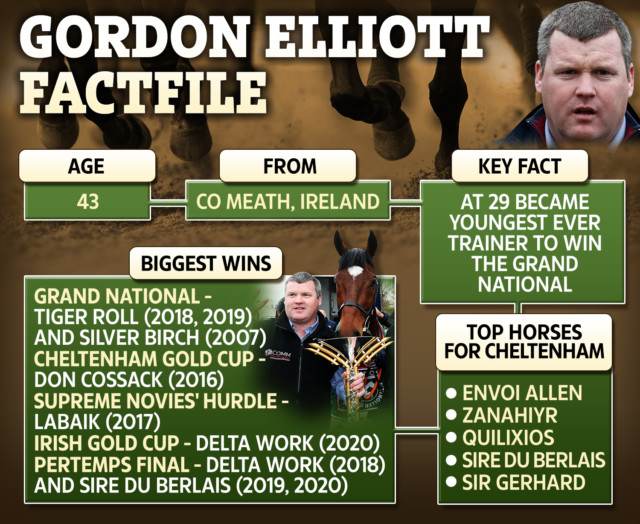 McNeil says Elliott must face the consequences of his actions – but said chiefs should not ‘destroy’ his career.

He added: “When I saw that picture, like everyone else, I was horrified and I thought it had to be fake.

“It’s a disgusting picture. We all know that.

“My personal view is that he deserved to be punished for it. However, he’s also human and he’s got a life to lead.

“I think it would be wrong to destroy that operation, because all you are doing is destroying people’s livelihoods.”