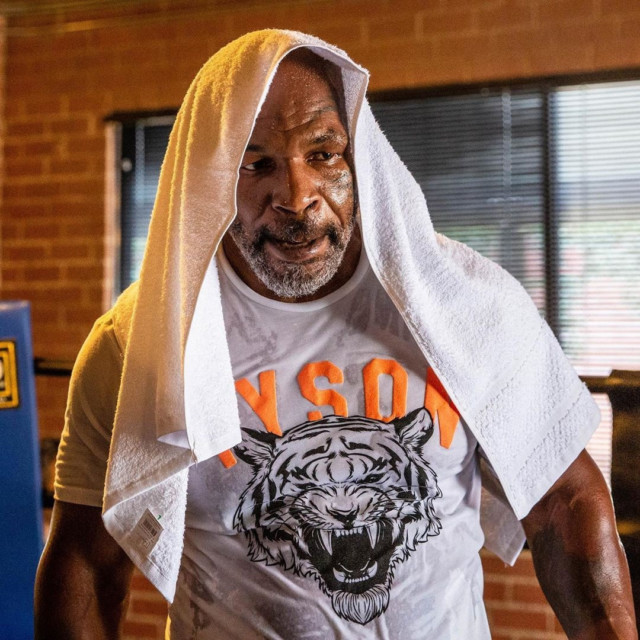 MIKE TYSON has dramatically transformed his body back into fighting shape ahead of his comeback.

The American fought fellow legend Roy Jones Jr to a draw in November – his first fight in 15 years since he retired.

And now he’s readying himself to face former foe Evander Holyfield at some stage in 2021, with Lennox Lewis also registering his interest.

Back in the day, Tyson stuck to a strict and brutal training schedule and diet under his trainer and mentor Cus D’Amato.

And while it’s not known if the 54-year-old has kept to those standards, his stunning shape ahead of his ring return proves he is on the right track.

According to ManOfManny, Tyson used to consume anywhere from 3,000-4,000 calories a day.

He would start off with oatmeal, milk and vitamin supplements like magnesium and fish oil tablets.

For lunch he would go for chicken breast, as it’s a muscle-building food, high in protein and low in fat and carbohydrates.

His carbs were made up of rice, which is packed full of whole grains and provided him with energy.

His favourite drink was orange juice, full of Vitamin C and natural sugars, to lift calorie consumption while giving a healthy energy boost. 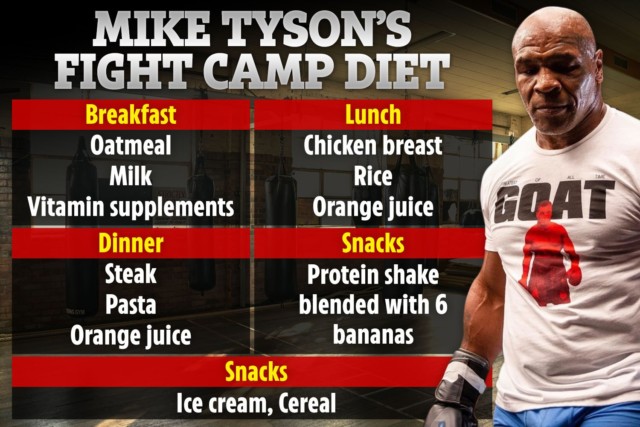 For dinner Iron Mike got a nice blend of protein between steak and pasta.

And he would again enjoy a glass of OJ to go with it.

In between meals Tyson had a protein shake blended with SIX bananas, to aid muscle growth and recovery.

And as a heavyweight, he did not need to worry about making weight, meaning he could enjoy a cheat snack every now and then.

He loved ice cream and cereal – both loaded with sugar. 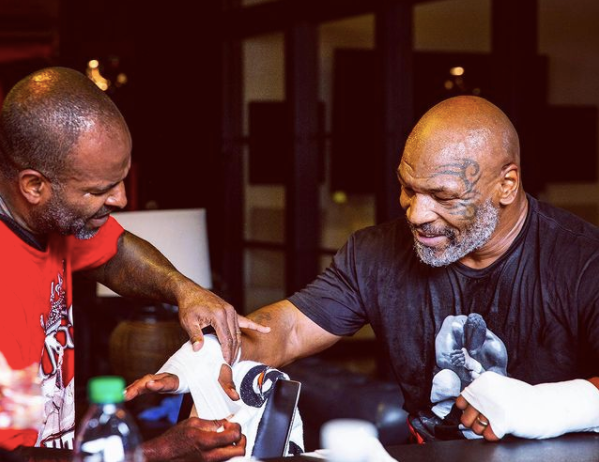 In a breakdown released by Bodhizone, Tyson’s workout schedule was rammed.

Like most boxers in the past, Iron Mike would start his day early with a three to five-mile jog around 4am.

After two hours he would come back, shower and go to sleep again until about 10am, when it was time for breakfast.

By midday he would be in the gym for his first boxing session, which was normally ten straight rounds of sparring.

Tyson then did three sets of Calisthenics, including squats, tricep extensions, pushups, shrugs with 30 kilos and neck crunches. 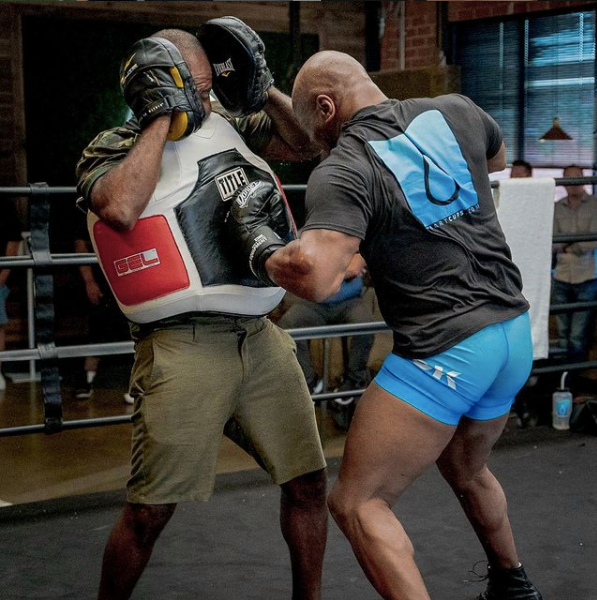 Tyson on the pads with his current trainer Rafael Cordeiro 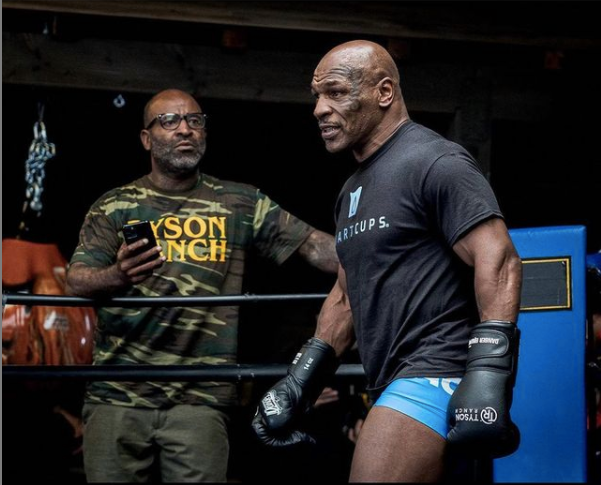 Overall, he would perform ten sets of each over his six days of training.

Afterwards, at 2pm the heavyweight would then have lunch before returning back to the gym for more boxing.

This consisted of sparring, bag work, pads with his trainer, and an hour on the stationary bike as well as more Calisthenics.

At 5pm, Tyson would do four more sets of the same calisthenics routine and then slow shadow boxing, focusing on just ONE technique.

Two hours later he would have dinner, before his final session of the day at 8pm, which was a light 30 minutes on the exercise bike for recovery purposes.

Tyson was in bed at 9pm, watching TV or studying fight films before hitting the hay. 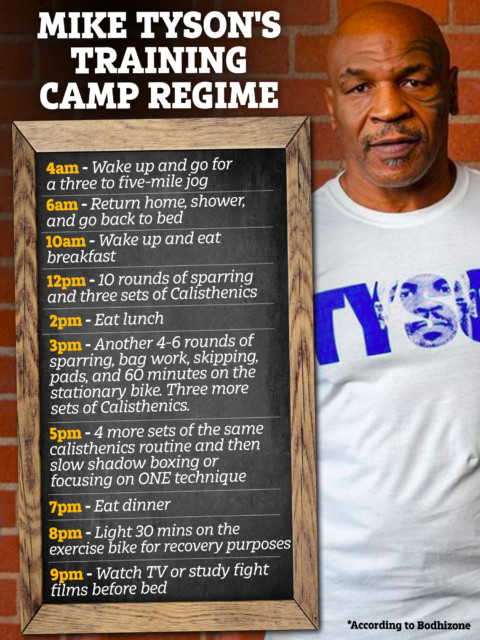 He would do extra chores around Cus’ house or watch old fight films with his coaches while not training.

Now, Tyson enjoys smoking marijuana, as he owns his own ranch in California.

The two-time champion claims to be burning through around £33,000-a-week alongside his business partner Eben Britton. 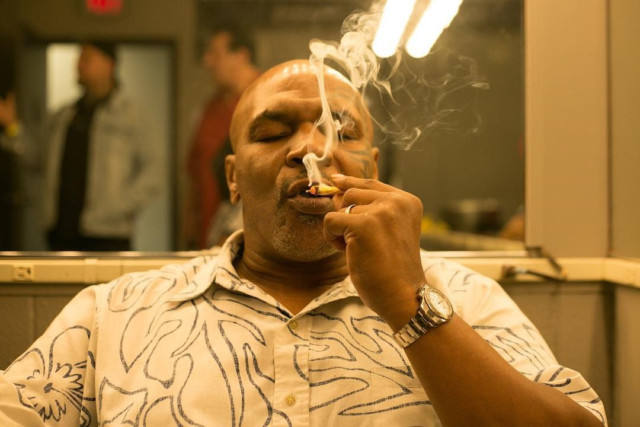 Tyson revealed he has stopped taking marijuana while in camp

But he revealed he stopped taking marijuana while in camp.

He said on Joe Rogan’s Podcast: “Pretty much stopped, when you do something like this it’s all about change.

“Listen, you can’t continue being a comedian if you’re not sharpening your psyche.

“Even when you’re doing this here, you’re practising your comedian act. You have to continue to practice.”