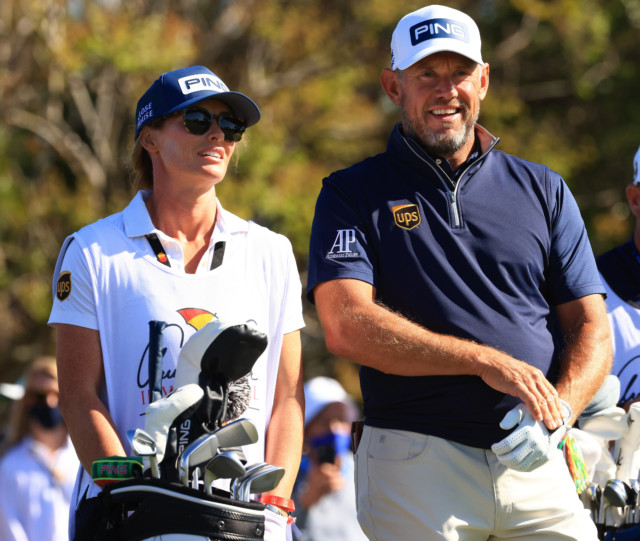 LEE WESTWOOD saw his dreams of glory dashed as the Arnold Palmer Invitational went right down to the wire.

Bryson DeChambeau kept his cool to win the £1.2m top prize at the Bay Hill Golf Club and Lodge, winning by ONE SHOT.

West will still walk away with more than £700,000 for being runner-upBryson DeChambeau held his nerve to triumph in the US

And after his triumph, a tearful DeChambeau revealed he had received a text from Tiger Woods wishing him luck for the final day.

Woods is still recovering from surgery after being involved in a horror car crash that leaves him fighting for his career.

DeChambeau said: “It’s been quite a battle. I don’t even know what to say, to win at Mr Palmer’s event, it’s going to make me cry.

“It means the world to me. I got a text from Tiger [Woods] this morning and he obviously had done really well here and we talked about just keep fighting no matter what happens and play boldly like Mr Palmer said.

The American finished on -11, with Westwood back in second on -10.

Corey Connors finished off an impressive showing at one of the PGA Tour’s biggest tournaments in third on -8.

Westwood will pocket £730,000 for his performances over the week. 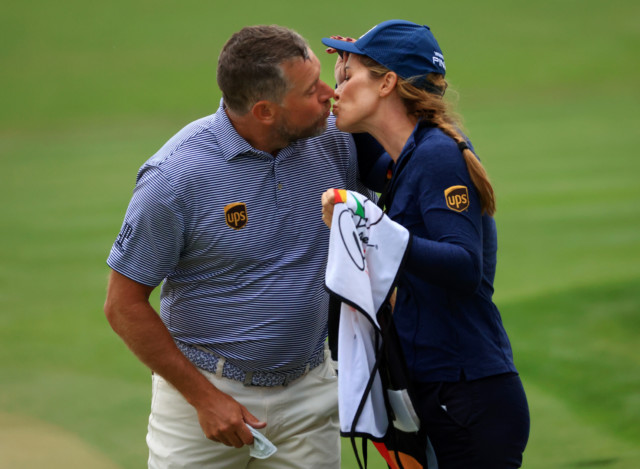 The 47-year-old Brit was supported throughout the tournament by his partner and caddy Helen Storey.

Westwood gave her his bag during the Made In Denmark competition in September 2018 after handing usual caddie Billy Foster a week off – and responded with one of his best performances of the year.

Since then, Storey, who is a fitness instructor from Newcastle, has been a regular on the links alongside her man.

Meanwhile DeChambeau has gone through an extraordinary body transformation in recent times.

He packed on an extra 20kg of muscle in 2020 to help him generate more power off the tee.

The American was eating a whopping 6,000 calories a day to gain the weight.

To many that would seem drastic, but his decision was clearly justified as he adds the Arnold Palmer to his US Open success in September.