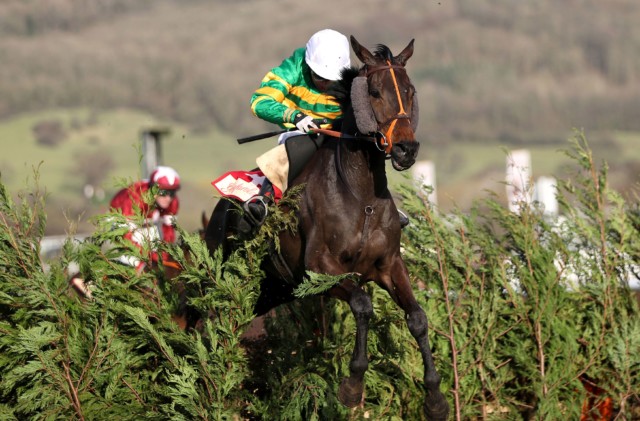 A fake Twitter account was set up to replicate Cottin and stated Easysland would not be able to defend his Cross Country title against Tiger Roll.

Several big bookmakers suspended betting on the race, after the rumour began.

The fears grew as equestrian sport was suspended in France due to the growing threat of an equine herpes virus which originated in Spain.

However, France Galop – the French racing authority – have since ensured the show goes on and the ruling does not affect racing.

The fake account, using the same picture and confusingly similar Twitter handle to the real Cottin, tweeted: “I am saddened to say that Easysland will not travel to Cheltenham Races due to the serious outbreak of equine herpes virus.”

Easysland smashed fan favourite Tiger Roll and is currently close to even money to win the same race this season.

His trainer has since confirmed his star will run and Felix De Giles will ride him.

France Galop also had to shut down the spread of news that French racing was to be suspended.

They took to Twitter to shut down the growing rumour mill and said: “Completely fake. We are aware of the situation and are monitoring it while racing goes on.”