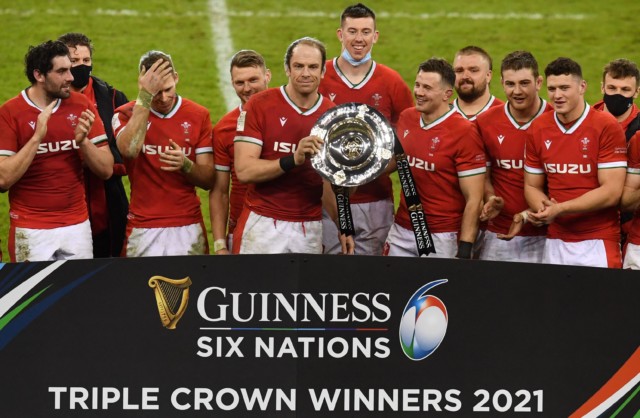 WALES are chasing a Six Nations Grand Slam and have overcome the odds to lead the pack at the midway point.

Wayne Pivac’s Dragons have secured the Triple Crown with wins over Ireland, Scotland and England.

And today they eased past Italy, leaving only the French in the way.

How can Wales win the Six Nations?

Any win against France next weekend would be enough to see them lift the trophy.

Victory in Paris would also ensure the Welsh picked up the Grand Slam for the second time in three years.

Can Wales win the Six Nations if they lose to France?

Yes. Following their defeat to England, France are nine points behind Wales in the Six Nations.

Should Wales lose to France but secure both a losing bonus point (from a defeat of seven points or less) and a try bonus point, they would be crowned Six Nations champions.

Which teams can win the Six Nations?

Scotland’s defeat to Ireland means only Wales and France can still win the Six Nations.