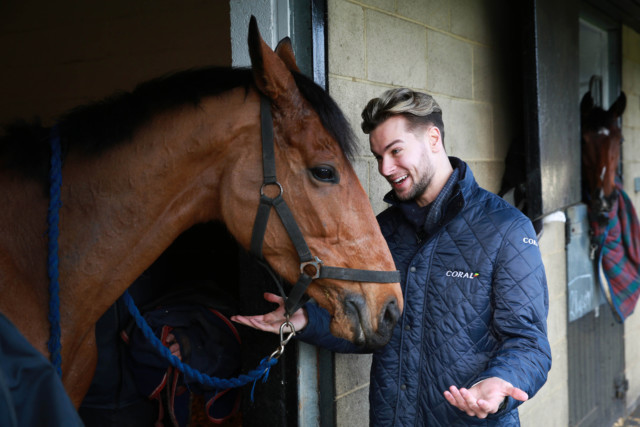 CHRIS HUGHES was left gutted as his star Annie Mc was the latest big name to be ruled out of the Cheltenham Festival.

Jonjo O’Neill’s seven-year-old had been due to contest the Mares’ Chase on Friday.

Hughes’ star was fancied to go close in the Mares’ Chase

But connections reported on Monday that their horse had suffered a setback and would be forced to miss the race.

Her trainer said: “Sadly Annie Mc has suffered a small setback and will not run in the Mares’ Chase on Friday.

“Unfortunately Cheltenham has just come a week too soon for her.”

Love Island star Hughes tweeted: “Annie out of Cheltenham after a slight setback on the eve of the Festival. Absolutely gutted, she will have her day in the sun soon.”

The news came shortly after trainer Nicky Henderson revealed superstar Altior had been ruled out of the Champion Chase.

Annie Mc was a general 7-1 for what is a new race at the Festival, having won her last two starts well at Doncaster and Warwick.