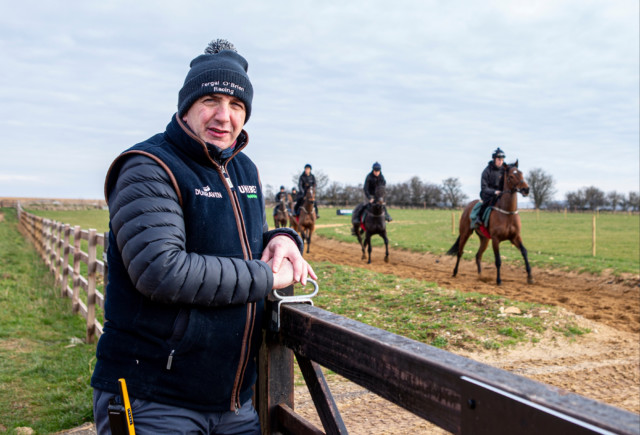 THEY have been making it look like a piece of cake during lockdown, Fergal O’Brien and Paddy Brennan.

O’Brien, the rising star of National Hunt racehorse training, is enjoying his most successful season.

Brennan, his former Gold Cup-winning stable jockey, is thriving a month shy of his 40th birthday.

Yet both men are gearing up for the emptiness of a Covid-era Cheltenham with a sense of wistfulness.

O’Brien jokes that he is better known for his love of cake than his talents as a trainer and cannot wait to throw open the gates of his Ravenswell Farm yard to visitors again – with a home-baked Victoria Sponge the preferred entrance fee.

The genial Tipperary man has stopped going racing during lockdown as he misses face-to-face conversations with his owners too much.

And Brennan says that without the roar of the crowd, this week’s event will be like ‘Cheltenham without the Festival’.

So Brennan will be relying on the remote support of his fanatical parents – his mother Maureen having gone viral on the internet in January, for roaring home one of her son’s winners in an endearing, passionate video clip.

While O’Brien claims his relationship with his ‘complex’ jockey is ‘never smooth’, there is a huge mutual respect between the two.

Brennan says: “Fergal has a massive work ethic – and he just sees things others don’t see.

“He is so driven, he doesn’t drink, doesn’t smoke – his only vices are biscuits and cake.”

“We’re a very open yard, we’ve said if they want to come and have a look, they can just bring us cakes, so we’re definitely looking forward to normal times.

“Maybe they can bring smaller cakes as I’ve put on a few pounds in lockdown. Victoria Sponge is my favourite, though I love a good fruitcake.” 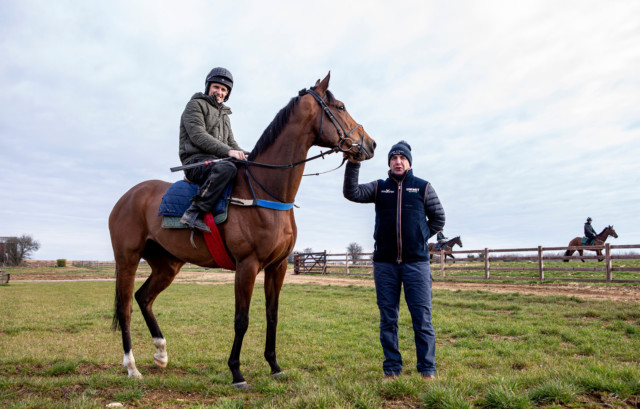 “I wouldn’t swap either of them for any other horse in those races,” says Brennan.

“But although it will still be Cheltenham races, without a crowd it won’t truly be the Festival for me.

“The best thing about winning there is that roar.”

And O’Brien, behind only Paul Nicholls and Dan Skelton for winners this campaign, said: “We’ve had our best ever season and I’d be very worried if we hadn’t because it is difficult to keep owners happy when they can’t come to the races.

“I’ve stopped going because I don’t enjoy it with no owners there, no social side.

“I’ve missed it. Whether a horse wins or loses, you want that chat afterwards – and it’s not the same on the phone.

“In a normal year, everyone is so excited in the build-up to Cheltenham. A lot of the Irish come over, and the meeting at Stratford on a Monday feels like Christmas Eve. They have an Irish band, a lot of Irish runners, Irish people.

“The pubs start to fill up and we’re lucky to live so close, everywhere is packed in Cheltenham and the nearby villages – thousands of like-minded people. This year it is going to be different but we are still racing and there are worse things in the world.”

O’Brien was assistant to Nigel Twiston-Davies in 2010 when Brennan piloted Imperial Commander to Gold Cup glory – defeating the great Denman and Kauto Star. But O’Brien says: “My favourite Cheltenham Festival memory was taking my dad, Billy, for the first time.

“That roar went up before the first race and he just couldn’t believe he was there. I can picture the look on his face now. He was like a child in a toy shop.

“He spoke about that day for years and years, I’ve been lucky enough to be involved with a Gold Cup winner but that personal memory of my dad meant more.” 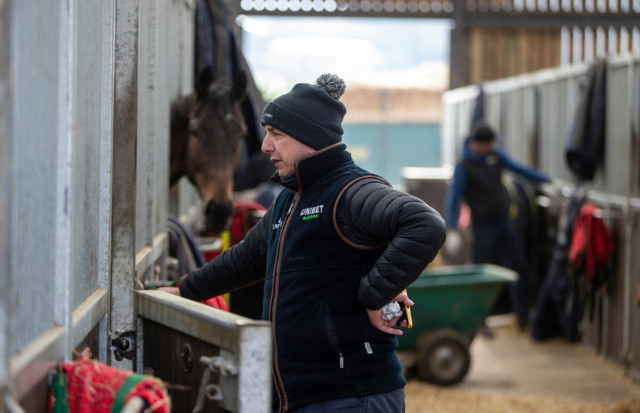 O’Brien only moved to his current yard in 2018

O’Brien helped Brennan get that gig with Twiston-Davies and the pair are now a formidable alliance in their own right – moving to the impressive new Ravenswell base, close to Cheltenham racecourse, in 2018.

Not that everything has been smooth.

O’Brien said: “Paddy’s first ride as our stable jockey for Nigel, he fell and broke his collarbone. But you can’t buy his experience, a Gold Cup winner who’s ridden well over 1,000 winners.

“The other week he took a horrendous fall at the last at Southwell, when he was challenging, giving 100 per cent.

“The first thing that hit the ground was his face.

“He broke his teeth but an hour later he rode a winner for us on a horse that looked beaten.

“The best jump jockeys are a different breed and Paddy is one of the best.” Brennan’s competitive edge comes from mum Maureen – a former All Ireland champion golfer, who earned online fame for roaring her son home from her sofa when he rode Imperial Alcazar to victory at Warwick two months ago.

CHELTENHAM FREE BETS: GET £40 IN FREE BETS WITH PADDY POWER

“The apple didn’t fall far from the tree with her and Paddy,” says O’Brien.

On the clip, Mrs Brennan can be heard yelling: “Come on Patrick . . .

“Mother Mary, protect you and keep you safe . . . come on Patrick,” before whooping and jumping with delight as he passed the winning post. Brennan smiled: “I’ve certainly seen similar clips in the past, so it’s not untypical.

“They watch the racing every day, her and my Dad. I’m thankful that the racing has been on to keep them sane during lockdown.” 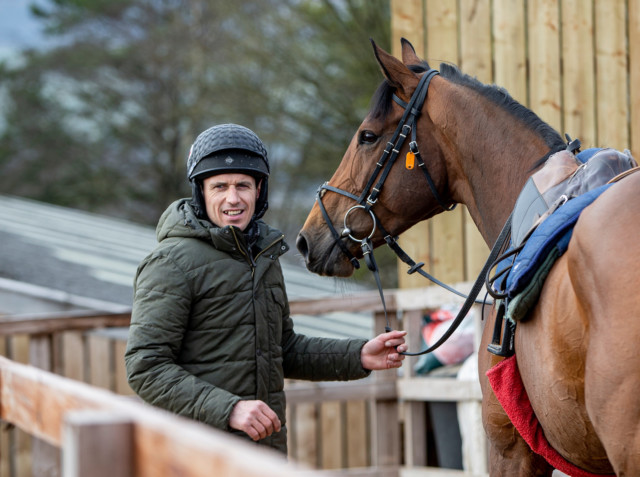 Like most jockeys Brennan has had to overcome serious injury

The sport of racing has been put on the back foot by the horrifying image of Gordon Eilliott sitting on a dead horse – which earned the leading trainer a six-month suspension for bringing the sport into disrepute.

“It was an unfortunate incident, he has been punished for it and hopefully we all move forward.

“I understand why the powers-that-be spend a lot of time defending our sport but a lot of the time, you won’t change opinions.

“You are not going to change a vegan into a meat-eater.

“We know, and the vast majority of the 70 or 80,000 people who go to Cheltenham every day on a normal year know, that these horses are treated like kings and queens.

“There are boys and girls at every yard who love them like they’re their own family.”