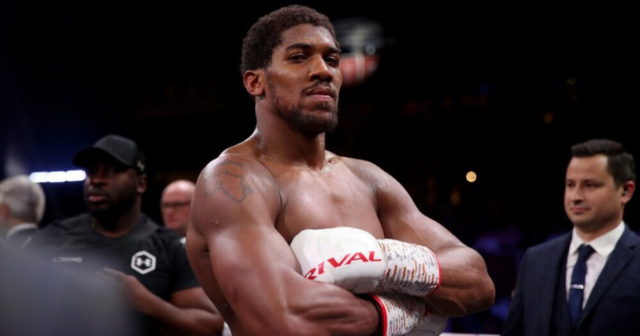 ANTHONY JOSHUA warned Oleksandr Usyk that his intimidation tactics will mean nothing as he towers over him on Saturday.

After the Ukraine southpaw, 34, outpointed Derek Chisora in October, he searched for AJ in the Wembley arena crowd and warned him he is next.

And he was at Joshua’s 2018 Wembley Stadium win over Alexander Povetkin, staring deeply into the celebrating Brit hero’s eyes like a comic villain.

But the WBA, IBF and WBO king — who at 6ft 6in — is two inches taller and usually around three stone heavier than the former undisputed cruiserweight champ — says all those mind games will count for nothing when they step in the ring.

When asked how that awkward Halloween meeting felt, AJ said: “It was an interesting moment.

“I saw him in the flesh and I saw things, I was telling Del to throw things but it is so different when you are in there in front of your opponent.

“He has been to a lot of my fights and seen certain things but when I am in front of him he will know it is a different ball game.”

Usyk has tried to put on two stones of muscle since his move up to the heavyweight division and it appears to have cost him some of his trademark speed and footwork.

The Watford Adonis looks especially sleek and defined for this fight but is still likely to be a 17st powerhouse, with almost all of the physical attributes in his favour.

But he is tired of hearing about how the contest is just a battle between Usyk’s brilliant brain and his incredible brawn.

Joshua added: “If it was just about that, I wouldn’t be motivated to get out of bed, to train, to put the yards in, to fatigue myself physically, mentally, to recover in the space of six or seven hours and go back and do it again in the morning.

“The positive affirmations, deep practice, practicing on the edge, being vulnerable. All of these kinds of things make a good fighter, it’s not just about being the big man.

“You can see I’ve thrown myself into improving at a deeper level, because if it was just about being big then I’d go in that ring and knock him out in 20 seconds.

“The first punch and every opponent should drop. But, what I realised over the years is that it’s not about that, it’s about angles, timing, setting punches up, concentration, understanding what’s coming back and outclassing an opponent in all those departments.

“If you follow your As, Bs and Cs it leads to your KOs.”

AJ and his team wasted seven months planning and training for the challenge of a 6ft 9in Tyson Fury fight, only for the Gypsy King to be legally forced into a third Deontay Wilder bout.

And refocusing on a 6ft 4in leftie has taken plenty of long hours, hard work and uncomfortable training sessions. But he sounds confident enough to take on the challenge with one hand tied behind his back. 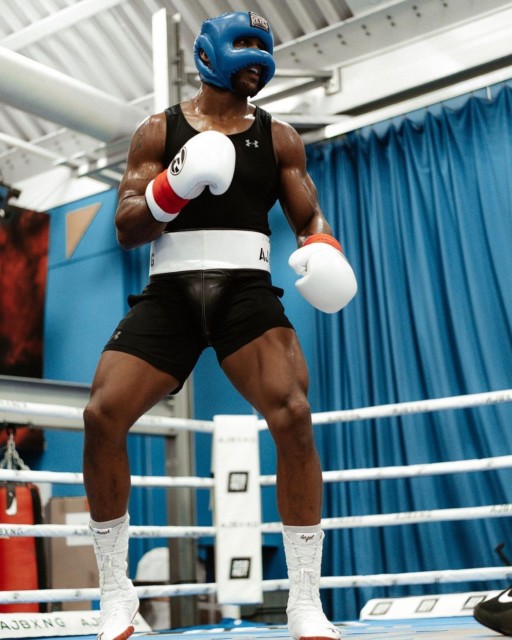 “I have done sparring where I am only allowed to use my left hand and my southpaw opponent is allowed to do whatever he wants.

“It was really challenging. It was deep practice but I could not use my size or power. Putting yourself in vulnerable situations brings the best out of you.”

Did you miss our previous article…
https://www.sportingexcitement.com/boxing/boxing-legend-manny-pacquiao-announces-he-will-stand-to-become-philippines-president-next-year-during-elections