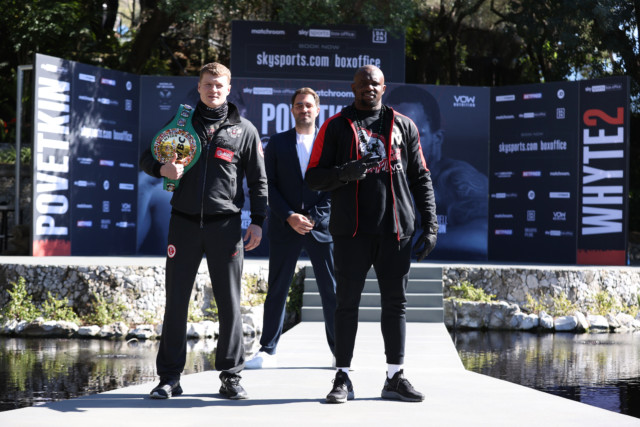 ALEXANDER POVETKIN said he has the documents to prove he had Covid-19, as he bit back at Dillian Whyte’s doubts.

The heavyweight pair were set for a rematch in November, after Povetkin’s stunning fifth round knockout last August.

Alexander Povetkin and Dillian Whyte ahead of their rematch

But the date faced several delays as Povetkin’s health was hampered by coronavirus, restricting his training.

Whyte, 32, doubted if it was true, telling Sky Sports in November: “I personally don’t think he’s got Covid.

“I think he just needed more time to get ready, because he took a lot of damage in the first fight.

But Povetkin, 41, responded by revealing he sent prove of his illness to promoter Eddie Hearn’s Matchroom Boxing staff.

He said, through his translator: “He can think and [say] whatever he wants, but we have the papers.

“We have documents with different analyses and the results. We actually sent it to Matchroom. So, this is not a case for discussion.”

Both the headliners arrived in Gibraltar ahead of their pay-per-view rematch and faced off for the first time again at the press conference.

And Povetkin made sure to insist he had fully recovered following his fight with Covid-19.

He explained: “I don’t feel any effects of coronavirus. I’m training well. The camp was good. I didn’t think about that at all.”

Whyte is fighting to win back his WBC mandatory status for Tyson Fury’s crown, with a win putting him right back into title contention.

But another defeat could be catastrophic, and Hearn revealed Whyte is ruthlessly all business ahead of his must-win rematch. 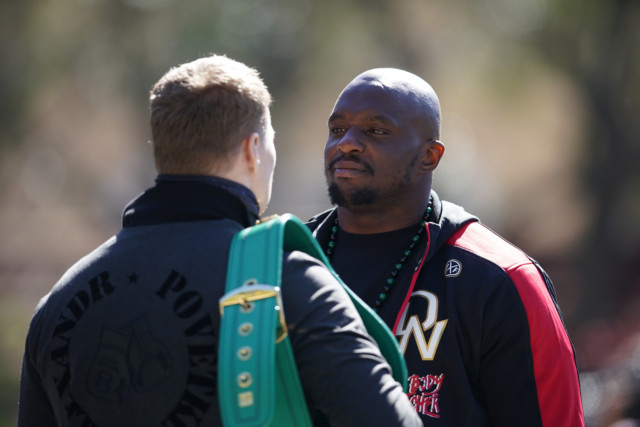 Alexander Povetkin and Dillian Whyte stare each other down

He said: “He wants to hurt Povetkin, for the first fight Dillian was in his Winnebago, he was all friendly, we played a bit of cricket.

“It was a bit awkward last time with the Holiday Inn but we had no choice.

“I wouldn’t say he got too comfortable, but when you have come from nothing and started making a load of money, and life changes, he is probably not as nasty as he was coming through.

“I think he has flipped a switch in the build up to this one. He is a bit shorter with people, he has that kind of mentality again.”