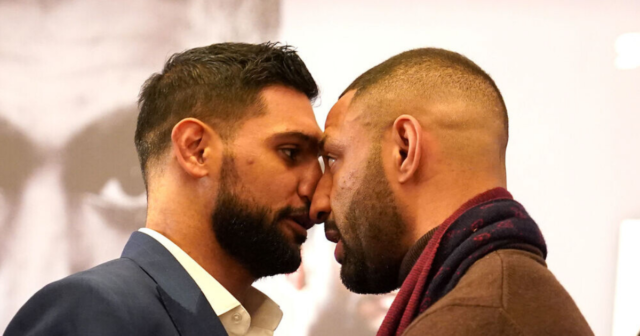 AMIR KHAN and Kell Brook got involved in a furious row at their pre-fight presser over who impressed the most in LOSING to Terence Crawford.

The two Brits are FINALLY set to slug out a grudge match on February 19 after YEARS of back and forth.

For many, it has simply come too late, with both boxers at the end of their careers.

But they are determined to create as much animosity as possible before they finally stand toe-to-toe.

Khan shouted: “You got knocked out by a jab against Crawford, you p***y.”

Still Khan went on: “Mate you got knocked out by a jab, so stop giving me the big ones.

“We will see what you do on February 19. There’s no point giving it the big ones now.

“Everyone can talk, we will see what you bring to the table.”

In November last year Brook was stopped in round four by undefeated American Crawford.

After a counter right hand, Brook was sent rocking back and handed a standing count.

Despite fighting on, lethal finisher Crawford swarmed the challenger with a barrage of shots causing the fight to be stopped.

Six months earlier and it was Khan who came a cropper against Crawford.

The 32-year-old Bolton hero was dropped in the first round and looked doomed but rallied his way back into the contest up until the sixth.

But a groin-shot at 47 seconds of the midway point forced him to cash out with £5million in the bank and his crown jewels badly bruised. 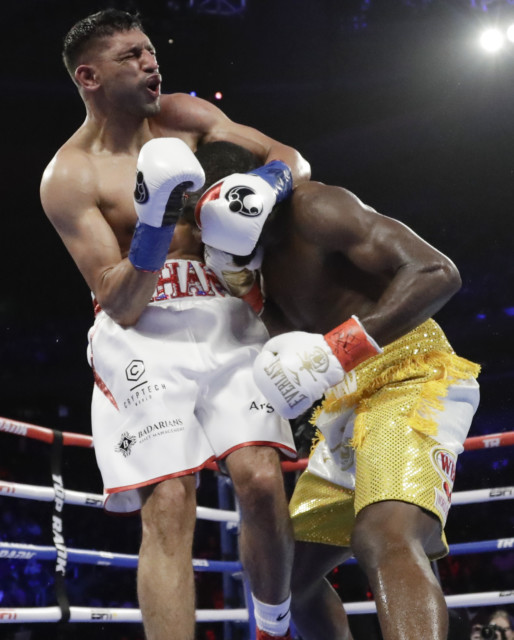 Khan complained of a low blow when he lost to Crawford 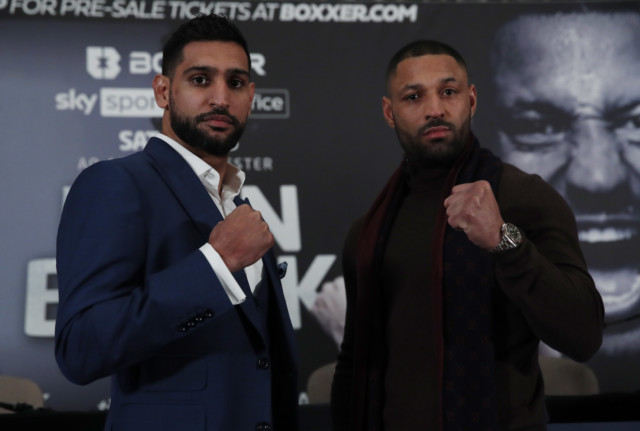 Amir Khan and Kell Brook will finally get it on on February 19
Advertisement. Scroll to continue reading.
In this article:gotinvolved, grudgematch, terencecrawford