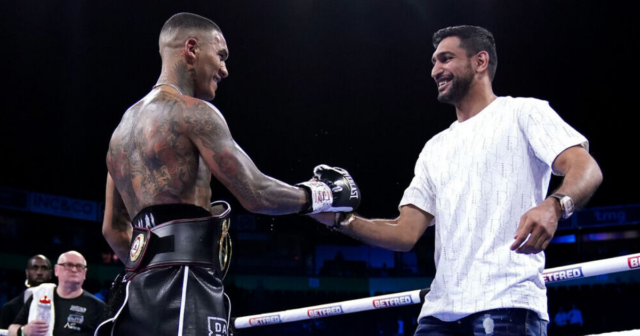 AMIR KHAN was booed after he refused to commit to fighting Conor Benn.

The Bolton boxer jumped into the ring after Benn demolished Chris van Heerden in Manchester on Saturday night.

Amir Khan jumped in the ring to congratulate Conor Benn, but didn’t commit to fighting him

But Khan, who was hammered by rival Kell Brook, was in no mood to commit to another blockbuster fight.

When Khan entered the ring all he would say was: “I am just here to enjoy the boxing. I’m a fan. I’m here to support him.

“At the moment to spend time to my family but who knows.

“If I comeback then we can see where we go from there. 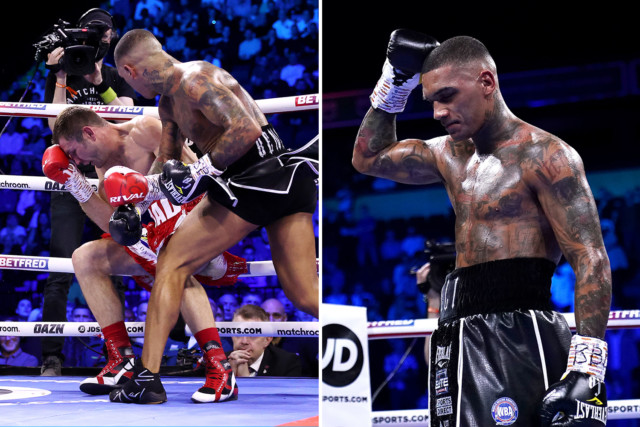 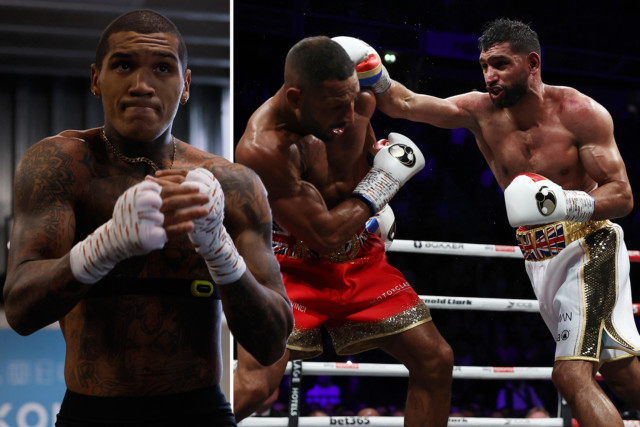 “He is a young and hungry lion.”

The South African was expected to be awkward and frustrating for Benn in his first fight against a southpaw.

But he instead seemed happy to stand and trade power shots which he had little chance of surviving.

One thing is for sure, the once raw gimmick Benn is a 21-0 contender and is now too big for anything less than a world title shot or domestic PPV showdown next.

Benn said: “People thought a southpaw might be a problem but I’ll beat anyone in front of me. I keep silencing critics, I’ll beat southpaws, boxers and punchers.

“I will have Brook or Khan but I don’t think they fancy it. So I will push on for world titles.

“I respect Amir, he was the best of his time. The fight would be idols to rivals.” 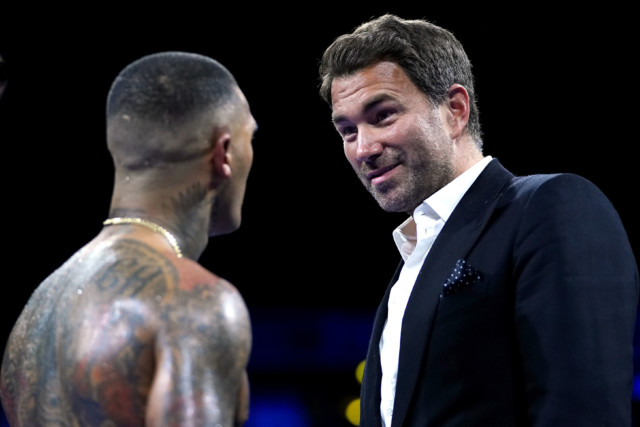