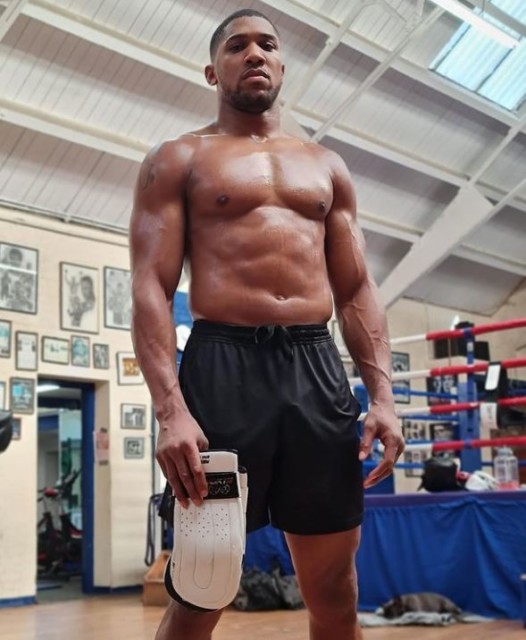 ANTHONY JOSHUA has been given the green light to fight Francis Ngannou – but Dillian Whyte is first in line for the UFC champion.

Ngannou first set his sights on a boxing career aged 22 but, after moving to France, he instead embarked on an MMA career as it was easier to find fights.

Fast-forward 12 years and Ngannou is the UFC heavyweight king after knocking out Stipe Miocic.

But he has not given up hope of reaching the boxing summit, and recently called to fight Tyson Fury, 32 and Joshua, 31.

AJ’s promoter Eddie Hearn is on board and threw out the possibility of UFC legends Amanda Nunes or Cris Cyborg challenging Irish boxing champion Katie Taylor.

Hearn told SiriusXM: “AJ wants to be the best, but he also wants to do different things once he meets his goals.

“So a fight with Francis Ngannou isn’t impossible. Just like Katie Taylor vs Cyborg or Nunes, potentially.”

Hearn last year had plans for Whyte, a former European kickboxing champion, to face Ngannou in a two-fight deal.

It would have seen one bout in the ring and the other in the cage, as both have experience in the rivalling sports.

Hearn even filmed an explosive online press conference between the pair, but it never aired as the UFC were not aware of the recording. 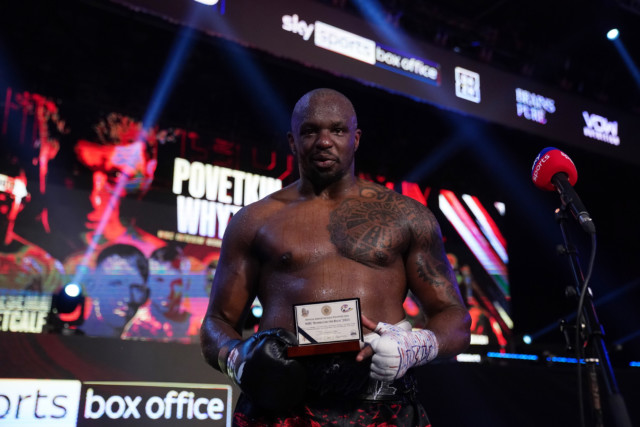 Dillian Whyte was in line to fight Francis Ngannou

The promoter has still not given up on the idea of the historic cross promotion alongside the UFC between Ngannou, 34, and Whyte, 32.

Hearn said: “I love Francis NGannou. We almost had a presser with Dillian Whyte and him, but the UFC shut that down after we taped it.

“We do have the footage, though. I would love to see a double matchup with Ngannou and Dillian Whyte.

“One in the cage and one out of it. Ditto for Taylor and Nunes.”

Did you miss our previous article…
https://www.sportingexcitement.com/boxing/chris-eubank-jr-will-bet-10000-on-canelo-alvarez-to-ko-billy-joe-saunders-and-claims-only-he-knows-how-to-beat-mexican