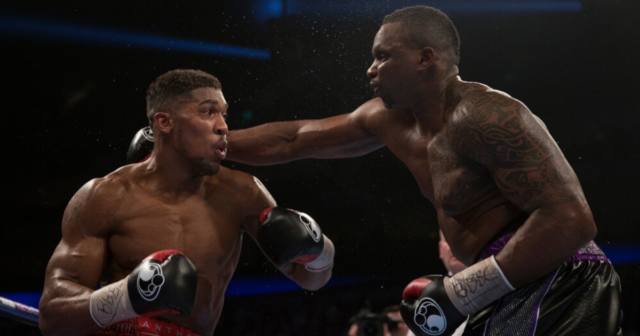 ANTHONY JOSHUA has set his sights on another domestic dust-up with Dillian Whyte following a brief social media spat.

The former amateur and professional rivals traded verbal jabs on Instagram on Monday after Whyte got wind of AJ’s desire to ‘smash him’.

Anthony Joshua and Dillian Whyte went to war in December 2015 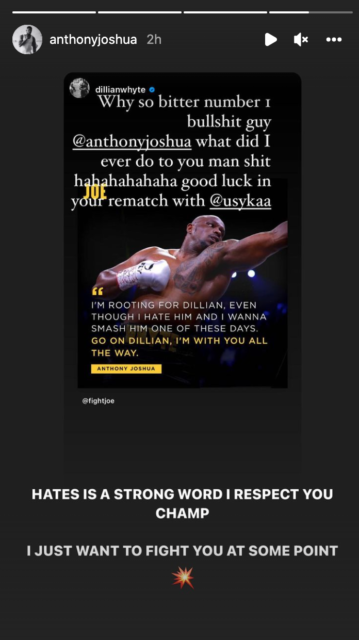 “What did I ever do to you man? S**t, good luck in your rematch with @usykaa.”

Joshua, 32, replied: “Hate is a strong word. I respect you, champ. I just want to fight you at some point.”

Fan favourite Whyte, 33, is currently gearing up for his own Battle of Britain with former sparring partner and WBC heavyweight king Tyson Fury.

And despite their bad blood, Joshua is rooting for Whyte to shock the world and dethrone The Gypsy King.

He told iFL TV: “I’m rooting for Dillian, even though I hate him and want to smash him one of these days.

Joshua is about to enter training camp for his high-stakes rematch with unified heavyweight champ Oleksandr Usyk.

The pair’s second tussle, however, is currently up in the air as Usyk is currently on the frontlines in Ukraine following Russia’s invasion of his homeland.

But promoter Eddie Hearn is confident Usyk’s participation in the war WON’T delay his rematch with AJ.

“I can’t tell you what Oleksandr Usyk is thinking in his mind.

“For me, the answer is no… I would guess Usyk will start camp in about four weeks’ time.

“Dmitry Bivol who will start camp (for Canelo Alvarez fight) in Los Angeles this weekend or on Monday. 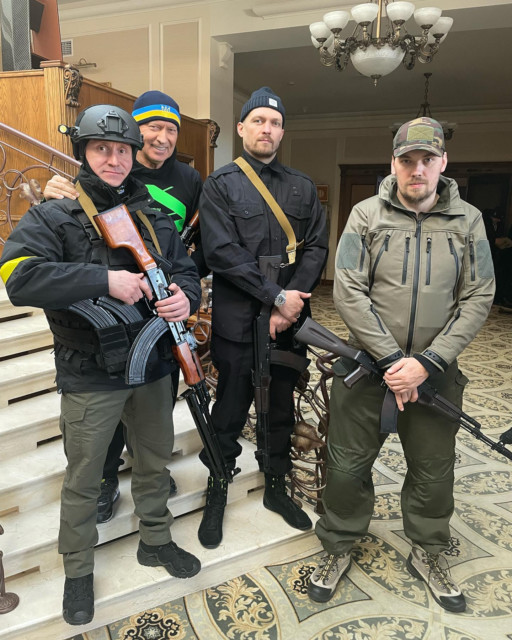 “If that’s what’s required of Usyk, he will do the same.

“It’s a very sensitive subject and I can’t tell you what certain individuals are doing when their country is at war.

“But I don’t expect it to have any bearing on Anthony Joshua versus Oleksandr Usyk.”

Advertisement. Scroll to continue reading.
In this article:dillianwhyte, onmonday, socialmedia