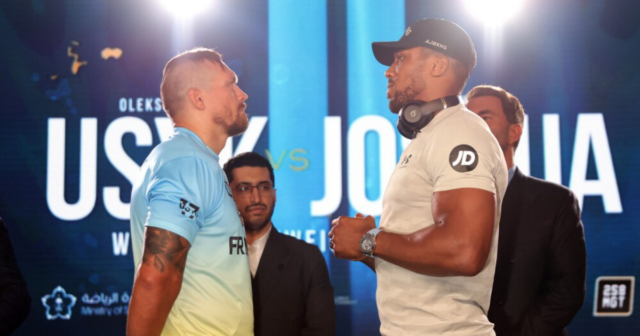 ROBERT GARCIA has brought the “bad guy” out of Anthony Joshua ahead of the Brit’s crunch clash with Oleksandr Usyk.

The Watford warrior will bid to reclaim the unified heavyweight titles from the slick southpaw in a potentially career-defining Saudi showdown a fortnight on Saturday. 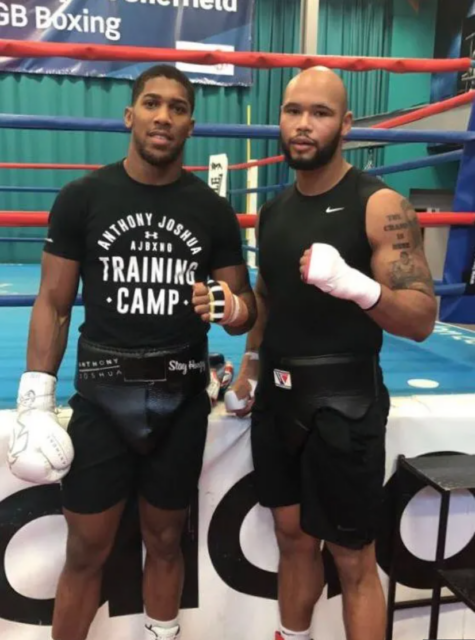 Joshua, 32, brought in multiple-time world-champion coach Garcia to help him get the better of the undefeated Ukrainian second time around.

And training partner Frazer Clarke believes the renowned coach has brought out a previously-unseen vicious streak in the former champ.

He told Sky Sports: “I feel like [Joshua is] a nice guy. I think someone had to pull the bad guy out of him. I think Robert Garcia was good to do that.

“He pulled out the not give a s**t about anyone apart from winning this fight. He’s brought it out of him.”

Usyk, 35, is the bookies’ favourite to win the desert dust-up, but Frazer insists it’d be wrong to write off AJ’s chances of getting revenge.

He added: “This could be Britain’s greatest night of heavyweight boxing.

“I feel like everyone’s putting him as a massive underdog and he might just get outboxed for 12 rounds. But you’d be daft to bet against him.”

Clarke has helped AJ get ready for the biggest fight of his career and seen improvements in the former two-time heavyweight king.

The Tokyo 2020 Olympian said of his fellow Brit: “He’s under no illusions.

“Better than the Wladimir Klitschko night. I feel like he has to be Klitschko-esque.

“That night there were ups and downs and he had to come back. He might just have to do that.

“He’s got every chance. From what I’ve seen him put in on a daily and a weekly basis, he’s given himself every chance and that’s all you can ask from a fighter in a camp.

“If you give everything you’ve got to give, with the experience and the skill he’s already got, he’s given himself every chance.

“There’s a lot of people out there talking about Usyk being so good and this and that. He is very good.

“There’s no doubt. He’s a great fighter. But he’s a human.

“If AJ hits him on the chin more than once, he’s only human, he goes down, he probably doesn’t get back up.”