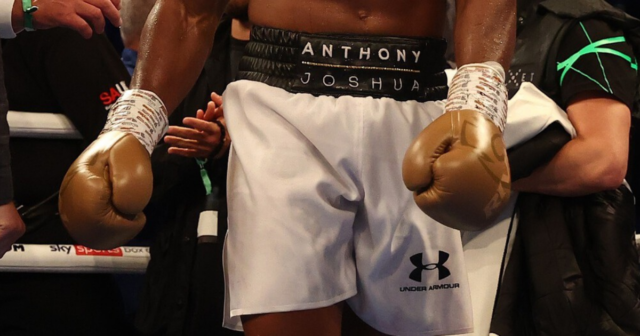 The ex-middleweight champion, 42, has claimed that he ‘should never judge again’ if he cannot explain his decision.

Joshua suffered the second defeat of his professional career on Saturday after losing a unanimous decision at the Tottenham Hotspur Stadium.

The 2012 Olympic gold medallist, 31, was outclassed against the unbeaten Ukrainian who has become a two-weight world champion.

But incredibly, AJ was leading after eight rounds before his nasty eye injury in the ninth, with judges giving Usyk the final four rounds.

And Bisping has been left in disbelief how Joshua was given the first two rounds by Foster, unlike his fellow two judges.

American judge Steve Weisfield had it level after two, while Ukrainian Viktor Fesechenko had his compatriot 20-18 up.

Foster even had Joshua 4-2 up after six rounds to the amazement of Bisping.

Responding to a tweet from his BT Sport colleague Adam Catterall showing the scorecards, Bisping said: “He should be held accountable for this.

“Explain why he scored it that way to his peers.

“No understandable reason then he should never judge again.”

Joshua, who will have a rematch against Usyk in 2022, has revealed he couldn’t see from the ninth round.

He remarked: “What went wrong? I just took a loss, I could not see from the 9th round, my eye was shut but it was a good experience.

“In adversity, you have to learn to control yourself, it was the first time it had happened to me, I was only looking out of one eye.

Did you miss our previous article…
https://www.sportingexcitement.com/boxing/ksis-manager-expects-jake-paul-fight-will-happen-and-reveals-previous-talks-for-saudi-arabia-bout-before-coronavirus