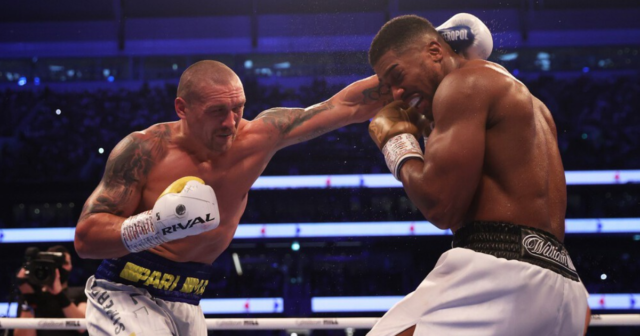 ANTHONY JOSHUA is hungrier than ever following his devastating defeat to Oleksandr Usyk.

The Watford warrior had the unified heavyweight titles ripped from his clutches by the slick southpaw at the Tottenham Hotspur Stadium last month. 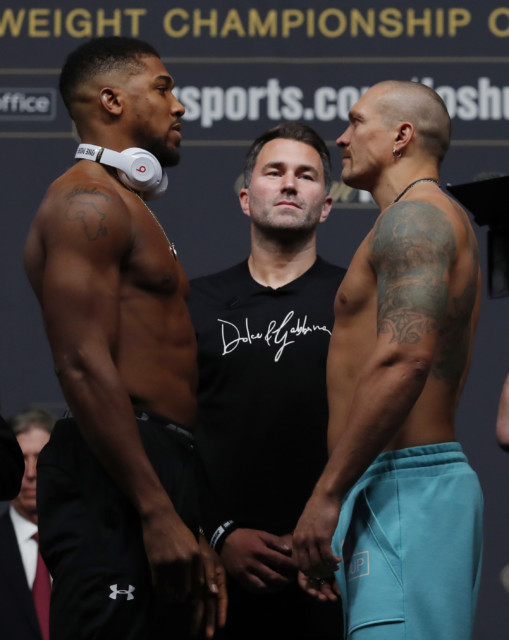 But Joshua, 31, will have the chance to exact revenge on the undefeated Ukrainian next year after activating his rematch clause.

And promoter Eddie Hearn has revealed a heartbroken AJ is ‘obessesed’ with becoming three-time heavyweight champ of the world.

He told the BBC: “Anthony Joshua is hurting like crazy at losing his world heavyweight belts to Oleksandr Usyk, but I have never seen him this hungry and more determined to win the rematch.

Matchroom Boxing chief Hearn believes AJ and his team utilised the wrong gameplan for their Tottenham tussle with the former cruiserweight king.

He added: “I’ve seen many comments on how the tactics were wrong – and they were – but it’s difficult to not appreciate the things Usyk did.

“AJ was frustrated because he knows he can do so much better and boxed the wrong fight, but Usyk’s performance was exceptional.

“But, going back to the [Andy] Ruiz loss, that was different as it was just such a shock, nobody knew what to say.

“Here, you could see AJ’s mind working overtime on how he can beat Usyk. It was like the preparation for the rematch began then.”

Hearn is hoping to stage Usyk vs Joshua 2 early next year, although a solid plan is not yet in place.

He said: “We will formally announce the rematch in due course and start planning with K2 Promotions – March or April is sensible for the rematch.”

Joshua is confident of exacting revenge on his fellow London 2012 Olympian, saying: “I’ve watched the fight, analysed my preparations and identified my mistakes.

Immediately after the fight, Joshua said: “If you look at it from a negative point of view, you’re never going to have that mindset that you can make a difference because you’re down anyway. 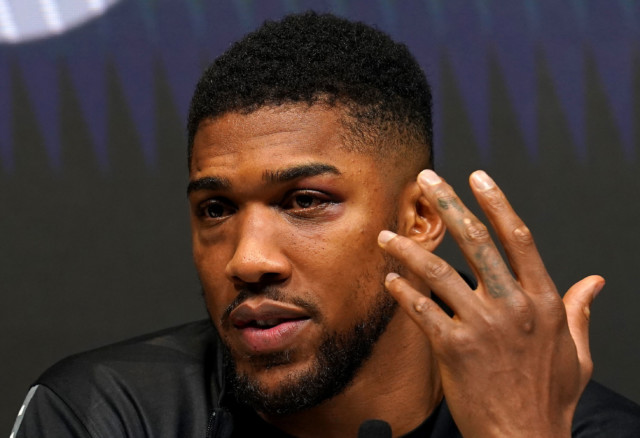 Anthony Joshua is hellbent on avenging his defeat to Oleksandr Usyk

Did you miss our previous article…
https://www.sportingexcitement.com/boxing/kate-abdo-hits-back-at-tyson-fury-promoters-inappropriate-rant-after-he-raged-f-her-at-wilder-press-conference