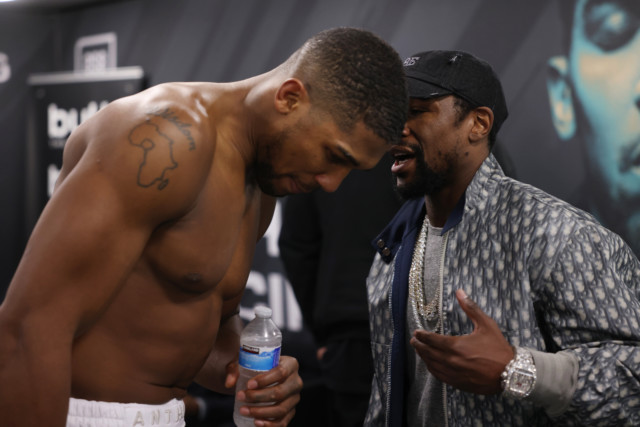 FLOYD MAYWEATHER told Anthony Joshua boxing is a game of ‘chess not checkers’ in a cryptic chat after the Kubrat Pulev fight.

Boxing royalty Mayweather travelled to London to watch Joshua knock out Pulev in round nine. 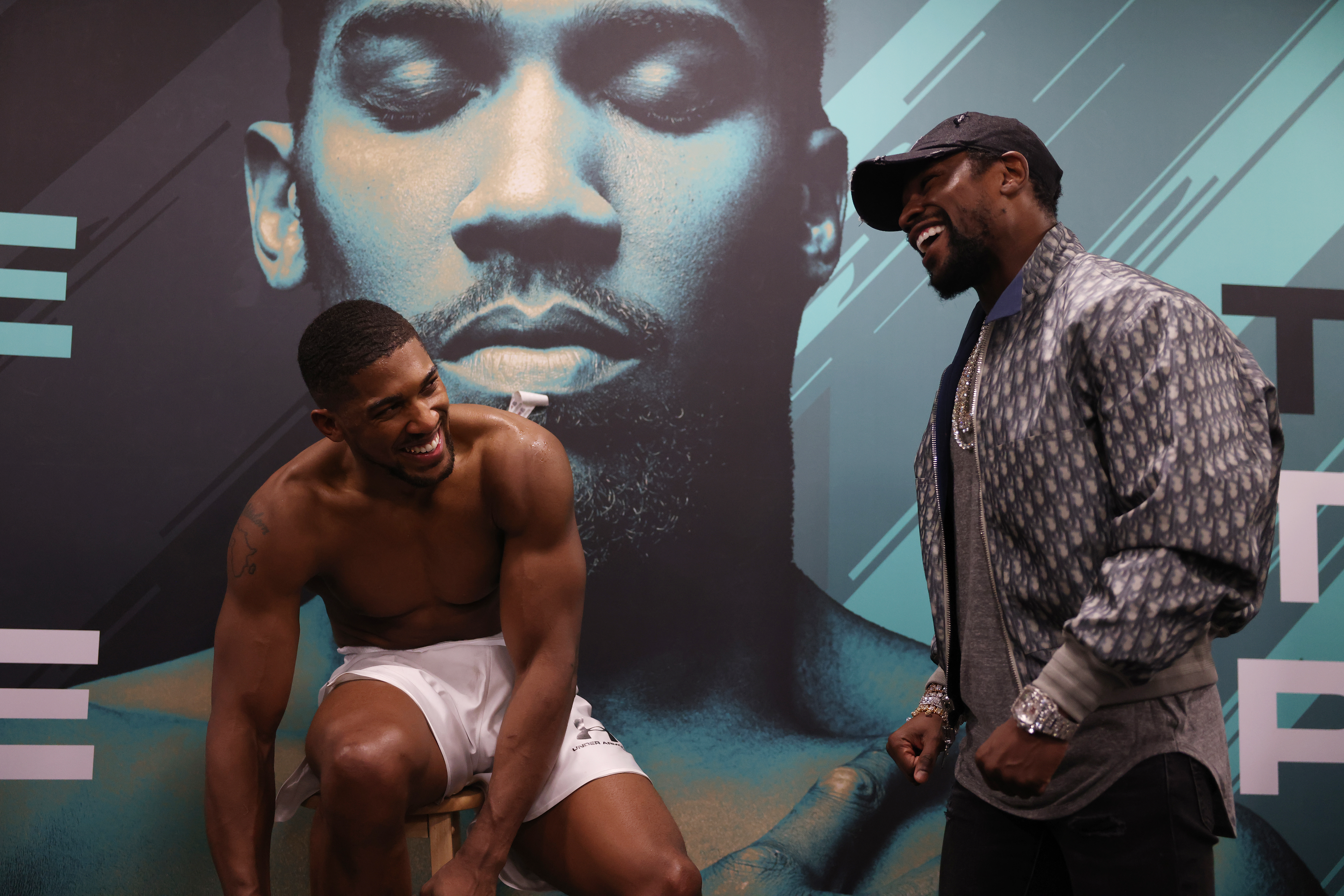 Afterwards AJ celebrated his devastating stoppage with the American legend ringside and the pair enjoyed a brief exchange.

In a video uploaded by Matchroom, it catches the moment Joshua leans in to hear some words of wisdom from Mayweather.

He then tells the camera: “He says it’s chess not chequers.”

The unified heavyweight champion then referenced the chat on his own YouTube channel as he broke down his win.

Joshua said: “I’m staying true to myself, learning every day, I get older, I get wiser, I learn that this boxing game is chess and not checkers.

“I play a smart game and I make the right moves at the right time.”

Joshua, 31, and Mayweather, 43, then spent an hour talking to each other backstage, promoter Eddie Hearn revealed.

Hearn told iFL TV: “They were in there for about an hour talking tactics. 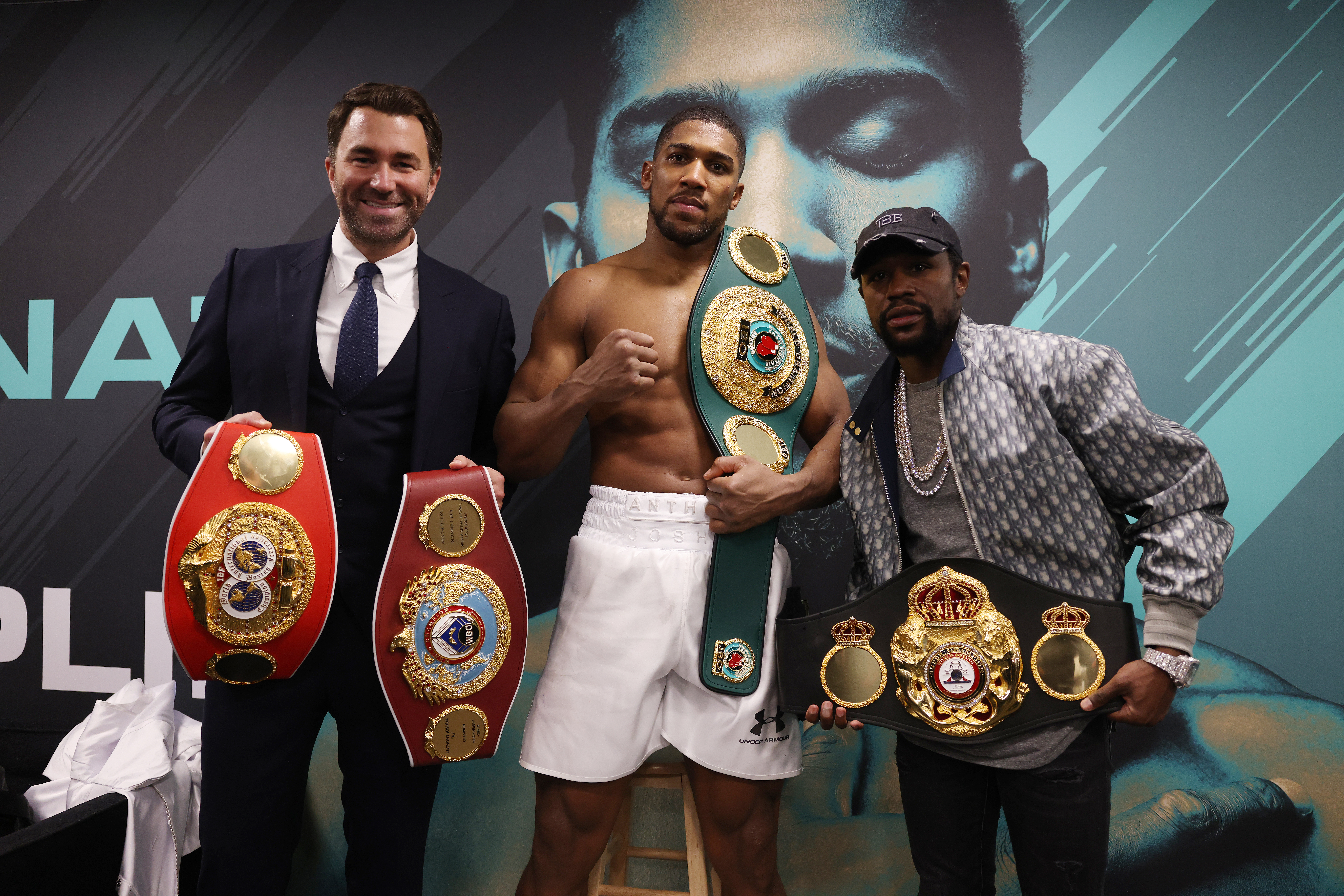 “It was great that he was here.

“I’m just chuffed, great performance, proud of AJ, a lot of pressure on him as always but onwards and upwards.”

Mayweather was heard shouting instructions to Joshua, but it was his sparkling jewellery which caught AJ’s eye the most.

He told DAZN: “I could hear him shouting, his bling bling was blinding me from certain angles.

“If I could hit them numbers that he’s doing, I’d be doing the same thing.

“It’s great to have him in the house, it shows that heavyweight boxing is back on the map.”

Advertisement. Scroll to continue reading.
In this article:anthonyjoshuaboxing, floydmayweather, notcheckers