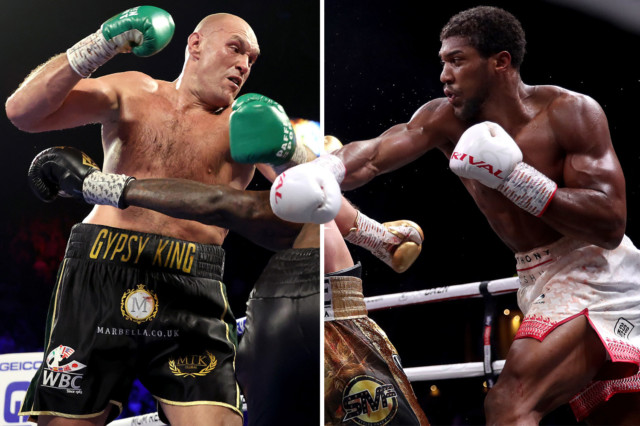 ANTHONY JOSHUA has called time on his big rival Tyson Fury – and revealed they sparred for a brand new Rolex watch.

The British world heavyweight champ was just an amateur when he first fought the Gypsy King.

AJ revealed that he read in boxing bible Boxing News that Fury was in London looking for sparring partners – and if anyone knocked him down they would get his expensive Rolex watch.

Joshua told Sky Sports: “This was early on when I was an amateur and I didn’t know who Tyson was.

“I was reading in Boxing News he was going around London gyms asking if anyone knocks him out they get to keep his Rolex.

“Me and him had a straight war. We both have heart.

“I didn’t get to knock him out. He said afterwards ‘Watch out for this kid, he will be champion of the world one day’.

“And he got his prediction right.”

AJ and Fury are set to have penned a two-fight deal to unify the heavyweight division next year. 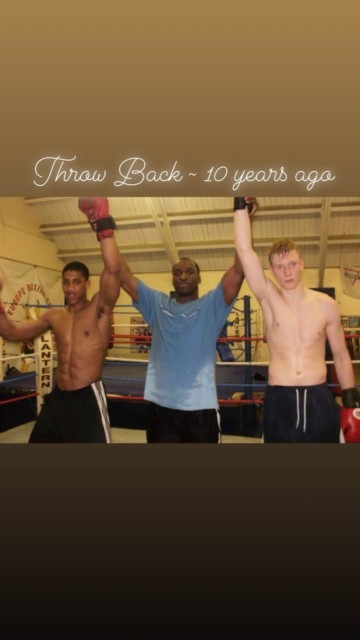 AJ posted pictures of before he hit the big time and this one was taken around 2010, when he would have sparred with Fury

Ahead of the British showdown, Joshua has called for the Gypsy King to earn his respect.

He said: “He has not been in the deep end to prove that he can swim there for a long time.

“You don’t just come once or twice, you have to do it repeatedly against championship level fighters, that is how you gain my respect.”

Advertisement. Scroll to continue reading.
In this article:Reading, watford