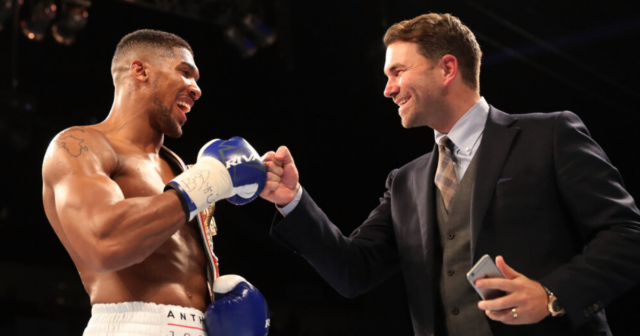 ANTHONY JOSHUA has revealed he turned down a £10million offer to LEAVE promoter Eddie Hearn in 2015.

Just months before he won his first heavyweight world title, AJ was headhunted for a mega offer.

But the 31-year-old, who according to the Sunday Times Rich List is worth £115m, kept his focus and turned down the mega-money on offer.

Joshua then went and battered American Charles Martin in April 2016 to be crowned IBF champ.

When discussing money in boxing and how promoters work, Joshua told Manchester United legend Gary Neville on The Overlap: “It truly depends on your marketability.

“I could just offer you a fee, so it’s not like I own you but I could buy your image rights and say I want to buy rights to all of your future earnings.

“So you could go to any Tom, Dick or Harry or any network, and I’ll always own a little piece of you and I was offered that twice in my amateur career.

“There was one guy who was always around the amateur gym and then one day when I was in court one day for a legal issue, someone came up to me with a contract for £250,000.

“I was like ‘where’s that pen?’ But I love the documentaries and I’d studied a lot of the horror stories so I swerved that.

“Then I was offered £10m for someone to sign me, probably in about 2015, but nah it wasn’t tempting, I said no straight away because I just backed myself.”

Joshua is next in action in September, when he defends his WBA, WBO and IBF belts against Oleksandr Usyk.

Provided he comes through that challenge against the former unified cruiserweight king, all eyes will turn to finally sorting the Tyson Fury clash.

The ‘Battle Of Britain’ was scheduled to take place this summer, but that spectacularly collapsed when Deontay Wilder won his case for a trilogy scrap against Fury.

That will happen on October 9.

Meanwhile Joshu’s promoter Hearn has has dismissed suggestions talks over an undisputed heavyweight title fight between Joshua and Fury have resumed.

“That’s the focus, that fight [Anthony Joshua vs Usyk], and then we worry about the rest after.

“I said if that fight was to happen, I guess that’s the time that it would happen. It is [a formidable task for Joshua facing Usyk].” 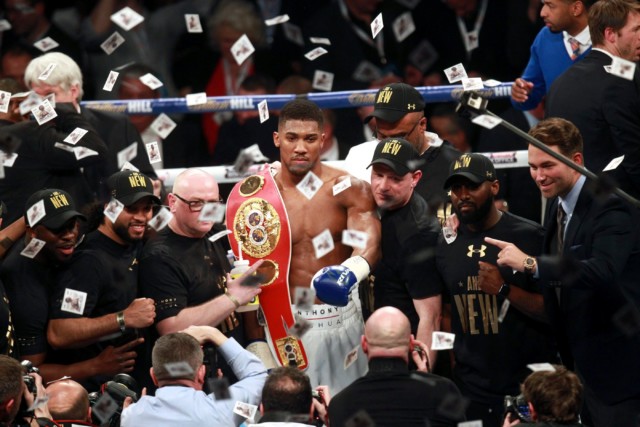