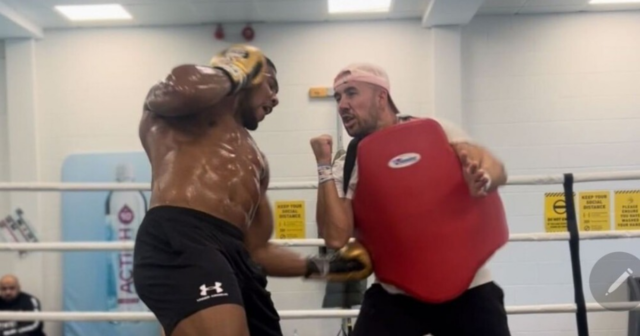 ANTHONY JOSHUA is sticking with Angel Fernandez as part of his new training regime.

The 32-year-old heavyweight hero is rebuilding his backroom staff after the punishing September 25 loss to Oleksandr Usyk. 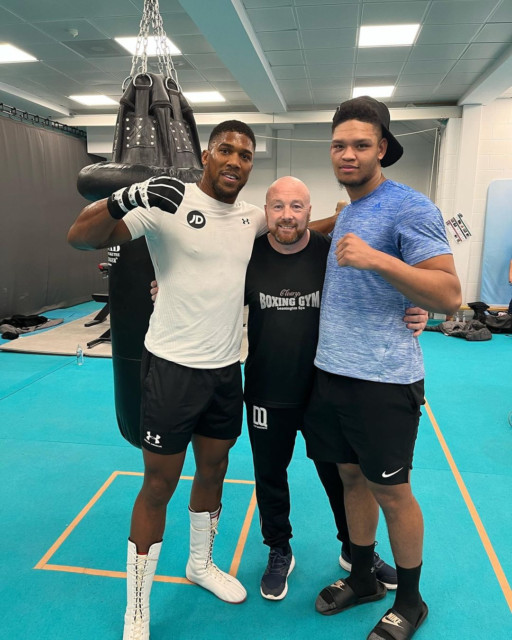 Team GB mentor Rob McCracken is set to be the most high-profile casualty, with AJ leaving his Sheffield base.

And Joby Clayton – the assistant trainer who was heavily criticised for loudly praising some of Joshua’s worst efforts as he slipped to a unanimous points defeat – has vanished from Joshua’s entourage.

But Fernandez – who trains his charges out of Loughborough University – was working with the former WBA, IBF and WBO champion on Monday.

AJ hit pads with the Spain-born trainer, working on throwing mean left hooks to the body and helped inspire some of the youngsters training at the same Leicestershire facility.

“They always say, if there is someone you want to meet or train with, you always find them in a place where the hard work happens.

“That is where hustlers meet up.”

After the Tottenham dethroning – in which 35-year-old Usyk dominated the action despite Joshua having the height, reach and weight advantages – AJ went on a tour of the USA auditioning trainers.

Joshua then moved over to Dubai for a warm-weather camp, training with Anthony Wilson at the Binous 1 gym.

And undefeated ring legend Floyd Mayweather even visited one session as he was on a business trip to the UAE, where he watched over one session on the heavy bag.

April was the targeted month for the must-win Usyk rematch but that is rapidly approaching, with Joshua yet to formally announce the new man in charge of the crucial gameplan.

And fellow 32-year-old Chris Eubank Jr, who enjoyed gruelling sessions alongside his friend in the Middle East, says a drastic change is better than going stale.

“Is it a big risk?” the middleweight wondered with SunSport. “I think it is less of a risk than just staying with who he is with and doing the same thing.

“You have to make adjustments, improve and evolve and sometimes you get stale and too comfortable.

“So AJ is looking to get out of his comfort zone, which is the right thing to do.

“It’s extremely hard to change your fighting style later in life. The younger you are the easier it is.

“You are easier to mould at a younger age. When you are an experienced fighter it is very hard to change but it can be done.

“You cannot change a 32-year-old, you just can’t, you can tweak and adjust and learn but your base cannot change.

“When you get hurt, when it gets tough, that is when your base and fundamentals will always show. You can add to that and improve as a fighter.” 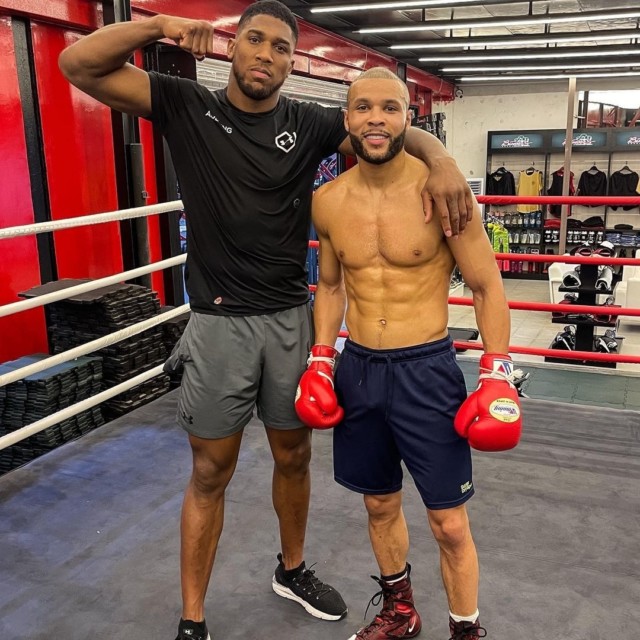