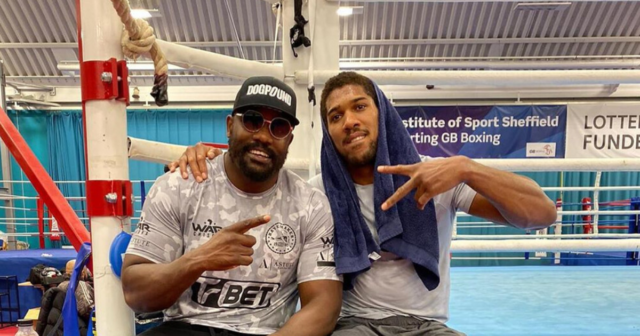 Joshua used to look up to the heavyweight veteran when he first walked into the Finchley Amateur Boxing Club.

But now, he is the boss after adding Chisora to his management team, where they will now guide his career.

Freddie Cunningham of 258 said: “The partnership with Derek, his team and 258 is not one of out the blue.

“We have known each other for 20 years now, from inside the gym to outside we have been connected and always looked to help each other where we can.

“We are all really excited to formalise a working relationship, work with his existing team and create new opportunities for him.”

Joshua, 31, used Chisora, 37, for sparring before he reclaimed his heavyweight titles from Andy Ruiz Jr, 32, in December 2019.

And he could again call on his friend for some help and inside knowledge on his next opponent.

Chisora took slippery southpaw Usyk, 34, to points but lost in October 2020, gaining a full insight on the Ukrainian.

And that could come in handy tactically when AJ walks to the ring to defend his unified belts against his mandatory challenger on September 25.

For Chisora, he is in talks to rematch former WBO champion Joseph Parker, the man Joshua beat in 2018.

Parker, 29, won the first fight in May by split-decision with many feeling, even Chisora’s greatest rival Dillian Whyte, that the verdict was wrong.

It leaves a score to be settled in a potential rematch between the pair.