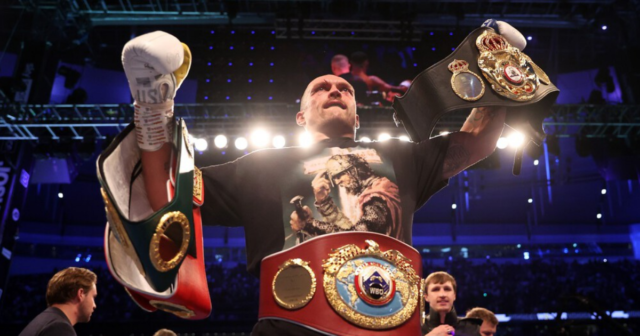 ANTHONY JOSHUA still has plenty of time to bounce back from his crushing defeat to Oleksandr Usyk become a ‘long-reigning’ heavyweight champion.

AJ was given a boxing lesson by his fellow London 2012 Olympian last weekend in front of a sold-out crowd at the Tottenham Hotspur Stadium. 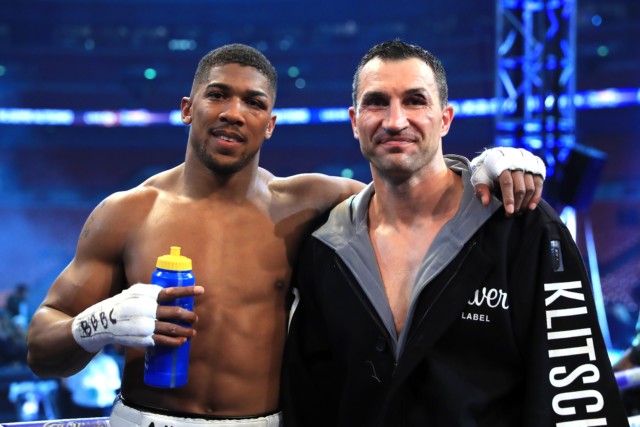 But the Watford warrior’s former opponent Wladimir Klitschko reckons he can still reign over the heavyweight division for years to come.

“To bounce back? To eventually become one of the longest-reigning champions?

“AJ can still have his time, absolutely. It is all about how to overcome the challenge.”

Slick southpaw Usyk put on a technical masterclass on enemy territory, bamboozling AJ with his footwork and feints.

Klitschko was blown away by his countryman’s performance, saying: “Usyk made history.

“Usyk has been undefeated for such a long time, winning all the titles as a cruiserweight and now with the heavyweights.

“This man is something special.”

Joshua, 31, has exercised his rematch clause and is expected to renew his rivalry with the former undisputed cruiserweight king in February or March.

The Olympic gold medallist admits he adopted the wrong game plan for his ill-fated title defence, saying: “I’ve watched the fight, analysed my preparations and identified my mistakes.

Joshua is confident of getting the better of Usyk second time around, saying: “Just being a quick learner. Understanding the positive from the negative.

“If you look at it from a negative point of view, you’re never going to have that mindset that you can make a difference because you’re down anyway.

“‘And use it as fuel to right my wrongs.’ You can only get better from there.