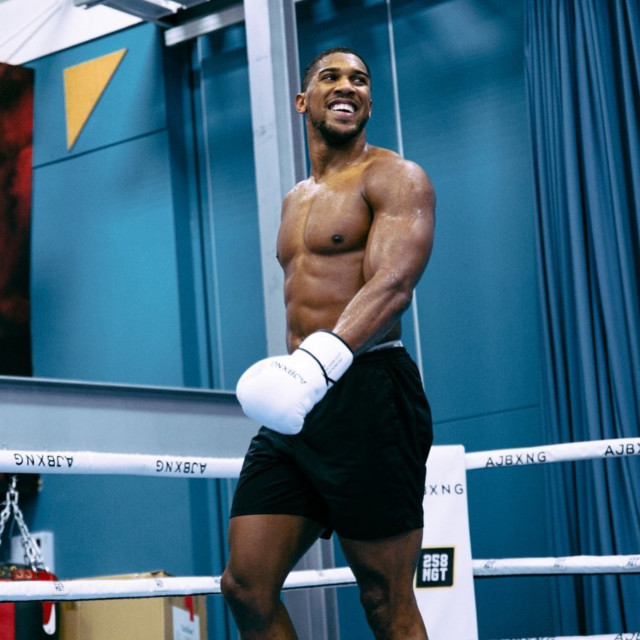 ANTHONY JOSHUA has taken a break from preparing for his fight with Tyson Fury by enjoying a day out quad biking.

The world heavyweight champion has been hard at work in the gym as he continues to keep himself in supreme condition while waiting on an official announcement about the undisputed clash.

Joshua is known to be a big fan of motocross

But on Tuesday AJ decided a brief hiatus from training was needed and some time on the bike was his way of unwinding.

Alongside the photo of him on Instagram, he added the caption: “You can take the boy off the estate but you can’t….. you know the rest.”

Joshua has revealed in the past that his second favourite sport after boxing is motocross.

But it is fighting that the unified champ knows best and he is currently waiting on a date and location for his all-British dust-up with Fury.

The pair have both signed a two-fight deal but the details of the first bout remain up in the air.

Speaking earlier this month on The Jonathan Ross Show, he said: “I’ve signed my side of the deal.

“We’ve sent him a good offer, one I’m sure he won’t refuse. He wants the fight, no doubt about it. So do I and more than me and him, the whole public want it.

“I put my crystal ball out there and I say it’s going to happen this year 100 per cent. I’m pretty sure it’ll be this year. End of July, early August.

“Where? That’s what’s the delay, because of this pandemic. We want to have people coming to the venue.

“It’s just finding the right location. For me, Wembley would be ideal.”

Promoter Eddie Hearn said on Monday that the site deal contract is ‘on its fourth draft and ready to be delivered’.