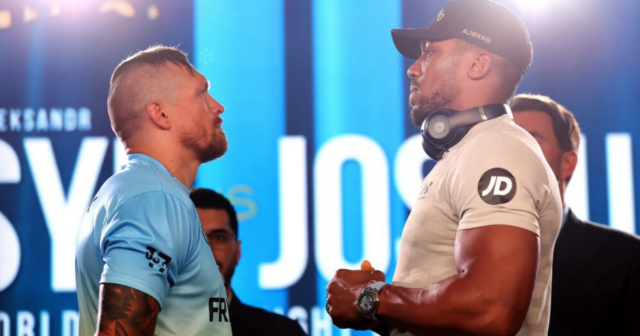 ANTHONY JOSHUA must be a ‘bully’ if he wants to defeat Oleksandr Usyk in a dramatic rematch later this month, according to Carl Frampton.

Joshua, 32, and Usyk, 35, will take to the ring on August 27 for their highly anticipated rematch less than one year after the Ukrainian defeated the Brit to claim the WBA, WBO and IBF championship belts.

Usyk unanimously won the first bout, but many have tipped Joshua to come back with a completely different mindset this time around.

Former featherweight champion Frampton believes the Watford-born boxer will pose a huge threat if he uses his size and power to ‘bully’ his opponent.

He told Sky Sports: “A lot of people are saying Usyk [wins] and it would be hard to disagree with them.

“It seems like it’s a hard fight for both guys but we know what Joshua has to do to try and beat Usyk – use his size and strength and be a bit of a bully. 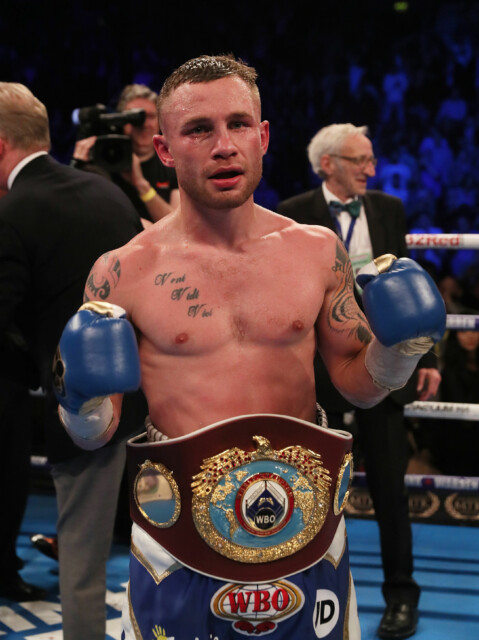 Frampton claims AJ should be a ‘bully’ in the ring

“But the thing that’s worrying me is I don’t think Joshua can do that for very long.

“That he can’t fight at a high pace and push people around and get close to them for a long fight.

“He needs to do it in spurts and I think when he does have a round where he uses a lot of energy, he has to take the next round off at times.

“That’s just because of the size of him really, and his build and his make up.

“But I think that he has to get in close, he has to use roughhouse tactics and impose his strength.

“A bit like [Wladimir] Klitschko used to be able to do, hit people, push them down and just tire them out.

“But it’s whether he can do that or not.”

Joshua appointed “bad boy coach” Robert Garcia ahead of the career-defining bout which will see him fight to regain his former titles.

And training partner Frazer Clarke believes the new trainer has brought the “bad guy” out of AJ.

He said: “I feel like [Joshua is] a nice guy. I think someone had to pull the bad guy out of him. I think Robert Garcia was good to do that.

“He pulled out the not give a s**t about anyone apart from winning this fight. He’s brought it out of him.”