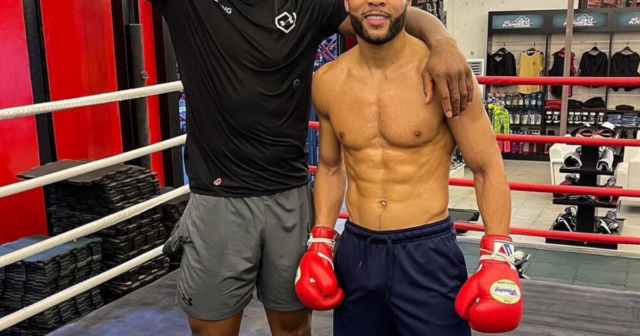 FLOYD MAYWEATHER watched on ringside as Anthony Joshua went through a hard workout in Dubai.

The former unified heavyweight champ has made the Emirate his home away from home during the festive period. 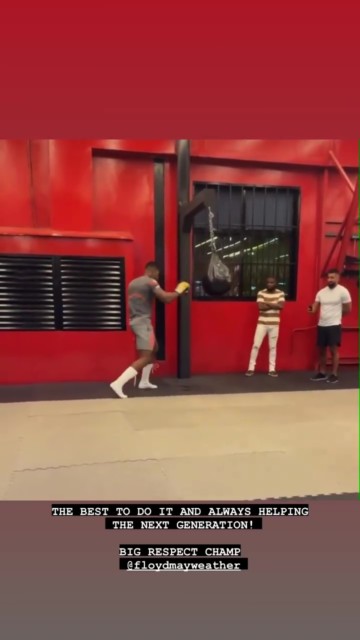 But he hasn’t been slacking with preparations for his potentially do-or-die rematch with Oleksandr Usyk.

AJ has been hitting the gym hard during a time when most gym-goers are gorging on snacks.

And his latest training session was overseen by former five-weight world champion and boxing hall of famer Mayweather.

Joshua shared a photo of himself hitting the aqua bag with Mayweather keeping a watchful eye on his technique to his Instagram story.

He wrote across the image: “The best to do it and always helping the next generation.”

Boxing fans were quick to comment on the pair training together, with one saying: “Floyd has a better boxing IQ than anyone in boxing and fought every style so yeah he can help AJ.”

Another said: “We love to see it.

“Haters are gonna keep hating from the sidelines – especially when you’re doing so many things right.”

And another said: “I think it’s good that he going to different trainers/fighters and trying to improve his skills.”

One remarked: “This is interesting.

“Will Floyd’s advice can help Joshua to beat Usyk?

Mayweather recently said of the Ukranian’s schooling of AJ: “That was not an upset.

“It was just that Anthony Joshua was on TV, everybody seen him. Usyk was a hell of a fighter, a gold medalist if I’m not mistaken, but he was behind the scenes. 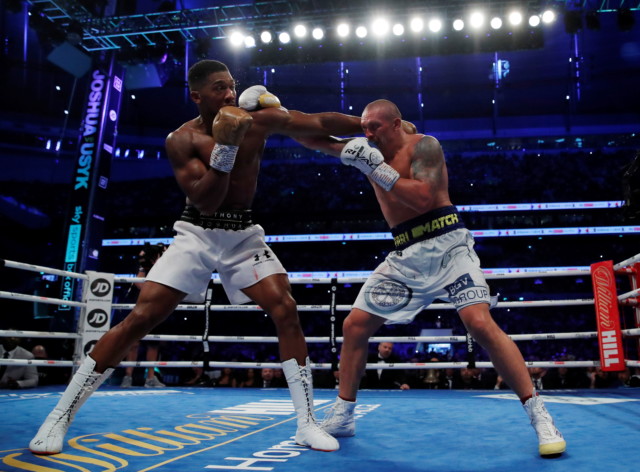 “[They’re] two guys with crazy amateur backgrounds, and one guy is not being seen and another guy is being seen, then we call it an upset.

“No, it’s just that he was working behind the scenes and another guy was working in front of everybody.

“Finally, they had to meet up and Anthony Joshua came up short.”