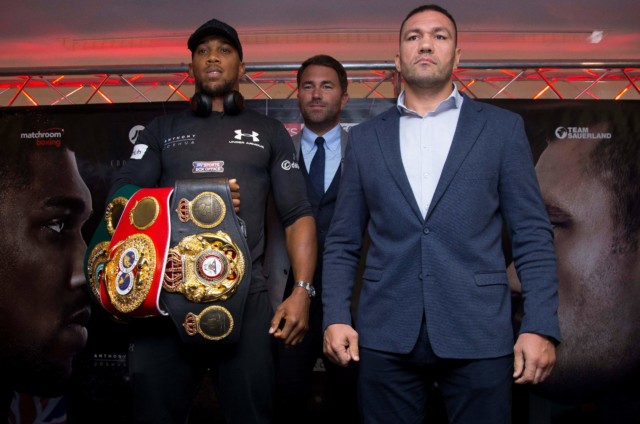 ANTHONY JOSHUA could be forced to face Kubrat Pulev behind closed doors or even abroad.

Promoter Eddie Hearn had hoped to stage the mandatory title fight at the O2 Arena in front of a reduced crowd at the end of the year.

But after Prime Minister Boris Johnson announced fans will no longer be permitted to attend pilot events this weekend, after a rise in Covid cases, Hearn’s masterplan took a hit.

Fearing spectators being allowed back into venues may be further backdated, Joshua will not wait around.

And while being ruled out of fighting at Hearn’s Matchroom ‘Fight Camp’ due to winter weather, taking the show on the road or in private have emerged as likely options.

Hearn told The Mail: “There’s a very strong chance that AJ will now have to fight in this kind of closed-doors environment as well.

“Our plans are not waiting for the crowds, they are to advance the sport by any means necessary.

“He won’t fight in the Matchroom garden because it is December and the weather is a factor, but closed doors is possible. 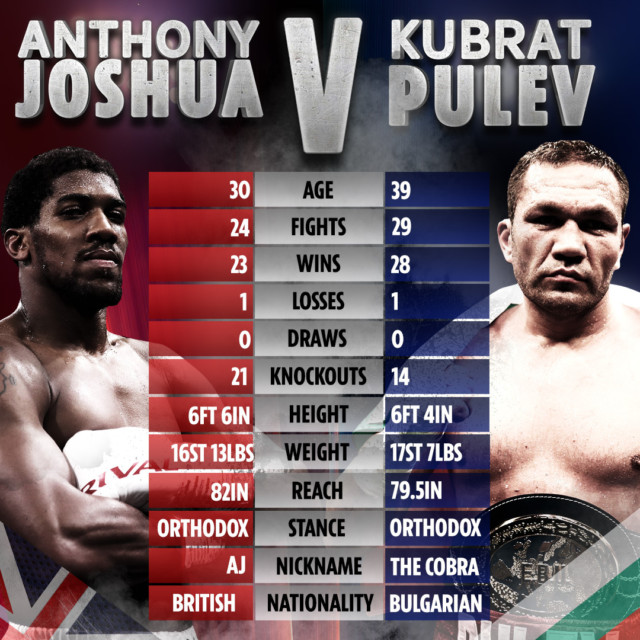 “If the situation with no crowds develops, we have to be ready for that if it is what is presented to us.

“He will definitely fight this year whether it is closed doors or not.

“We are not ruling out going somewhere else because there will be territories that are Covid free and this situation is moving.

“Other countries will want to say they are open for business and a great way to do it is staging the heavyweight championship.

“The focus is still the UK.”

Joshua, 30, has not fought at home since beating Joseph Parker in March 2018, having lost to Andy Ruiz Jr on his US debut last June before winning the rematch six months after in Saudi Arabia.

After his mandatory defence against 39-year-old Pulev, he hopes to meet WBC champion Tyson Fury, 31, in an undisputed title decider.

The British rivals have agreed to a two-fight deal in 2021, but not yet signed.