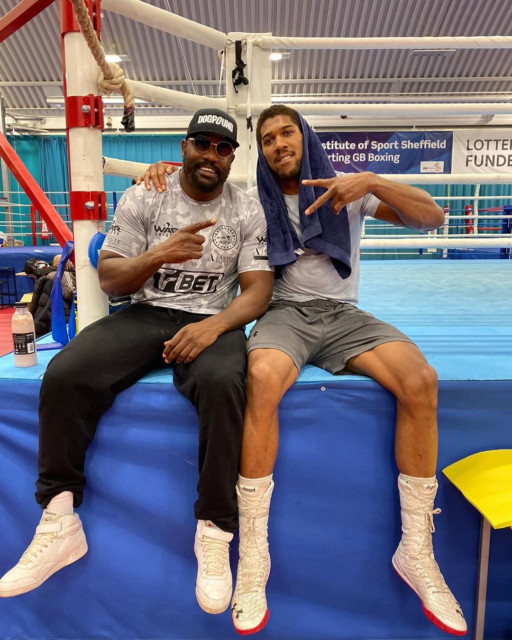 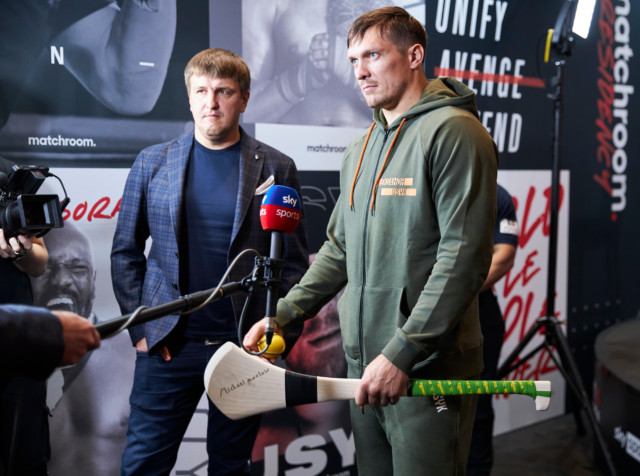 The British veteran, 36, heads into the fight as the betting underdog.

But unified champion Joshua – who grew up sparring Chisora as amateur’s at Finchley – knows his pal has the power to upset the odds.

He told Sky Sports: “I’ve sparred Derek since I was 18. A strong man.

“If he does land? Look at Dereck’s knockouts – they aren’t when he lands five shots then the ref jumps in.

“He hit them with one shot and knocked them out. You can see he carries one-shot knockout power.”

Usyk, 33, is currently Joshua’s WBO mandatory challenger, and will defend the status against Chisora. 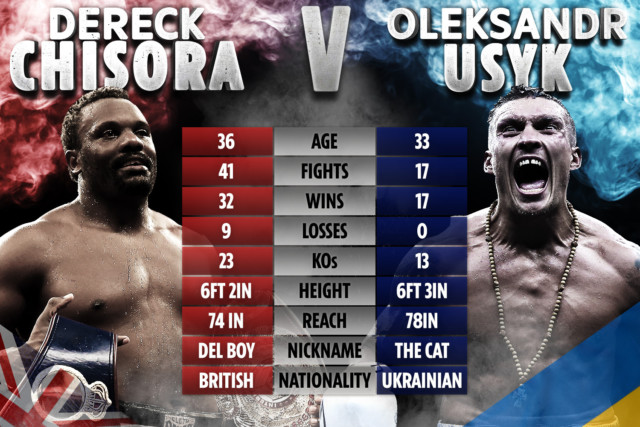 It means Chisora could end up in the ring with 31-year-old AJ in an unlikely world title shot if he shocks Usyk.

His manager David Haye told iFL TV: “I’ve written a letter to Paco [Valcarcel], the president of the WBO, stating that Dereck should be, by beating the mandatory, he should become mandatory himself.

“There’s only so many times he can go to the well. If there’s ever a chance for him to get a world title shot, it’s off the back of this victory.

“We believe common sense will prevail and that the WBO, a great organisation that Dereck has worked closely with for many years, this is his opportunity.”