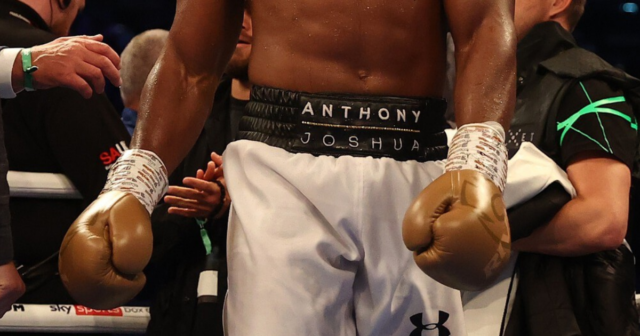 ANTHONY JOSHUA does have a rematch clause in his contract to face Oleksandr Usyk again – and plans to exercise it.

But the new heavyweight world champion insists it will not happen anytime soon.

AJ was stunned at the Tottenham Hotspur Stadium as his Ukrainian challenger secured an emphatic, comprehensive unanimous points win.

And once the dust has settled, the Watford man must work out how and when he steps back into ring with Usyk again.

Joshua will need to heal up – with potential damage to his eye socket.

But his promoter Eddie Hearn suggests his man is determined to try and wrestle back the WBA, WBO and IBF belts.

Eddie Hearn told Sky Sports Box Office: “I have spoken to AJ and it was a tough fight. He is devastated and already talking about training again.

“The fighter in AJ is already talking about, ‘I’ll win the rematch.’ Usyk was the deserved winner.

“Congratulations to Oleksandr Usyk. What a fighter. He put in a great performance.

“Anthony will go again. He has been beaten by a pound for pound great fighter.

“We have been here before at Madison Square Garden. That was different and he has been beaten by the better man on the night.

“He will have to make some big changes in the rematch to avenge that defeat.

“He will want to go straight back into that rematch.”

Hearn added: “The danger was always to overthink it by trying to be technical, if you don’t use your attributes and you don’t make your mark early enough in the fight.

“Usyk is very fit and has great feet. He threw a lot of punches and it was all the things you worry about against a fighter like Usyk.

“He was probably bit more aggressive than anticipated and he was really good. He goes down in history and there are no complaints from AJ.”

But even if he does agree to go again, Joshua will need to arrange it with Usyk who wants to spend time with his family after the historic victory.

The Ukraine hero said: “This means a lot to me.

“I’ve been working so hard since January. It took me some half a year.

“I miss my children. I want to go home. I’m not thinking about the rematch.

“You didn’t see the best Usyk. I can be much better.

“The fight went exactly the way I expected it to go.

“There was times when Anthony pushed me hard but nothing special.

“I had no objective to knock him out. My corner pushed me not to do that.

“My trainer said no and to stick to my job.”