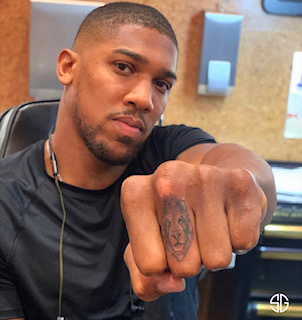 ANTHONY Joshua has a tattoo collection just as impressive as his boxing record.

AJ will take on Oleksandr Usyk at Tottenham Hotspur Stadium this weekend and no doubt pick up more aches, pains and marks in the ring.

The former world champ showed off a tattoo on his middle finger two years ago to cover up calluses he picked up during his boxing career.

The heavyweight star asked Southgate SG Tattoo shop owner, Victor Tsyhanou, to ink a lion and a forest on his middle digit.

Cleverly, one of the calluses was used as the moon with the cool design hiding his wounds.

But the inking wasn’t the first tattoo Joshua has had done. Let SunSport explain what work he’s had etched and what each tat means.

Below his neck, and in between his massive shoulders, Joshua has the Team GB lion emblem inked on his body.

Joshua had that done after representing his country at the 2012 Olympics, when he won gold.

It was the first time in over 100 years Great Britain had achieved such success, and it looked like he was heading for silver until the final round.

Joshua made-up a three-point deficit in the final round to claim super-heavyweight gold against Italian reigning champion Roberto Cammarelle.

After his win, AJ told the BBC: “That medal represents my journey and the support from the team. It’s much more than just a gold medal, it’s a life experience and I’m just proud to have it round my neck.”

He so proud he needed a permanent reminder with a tat. 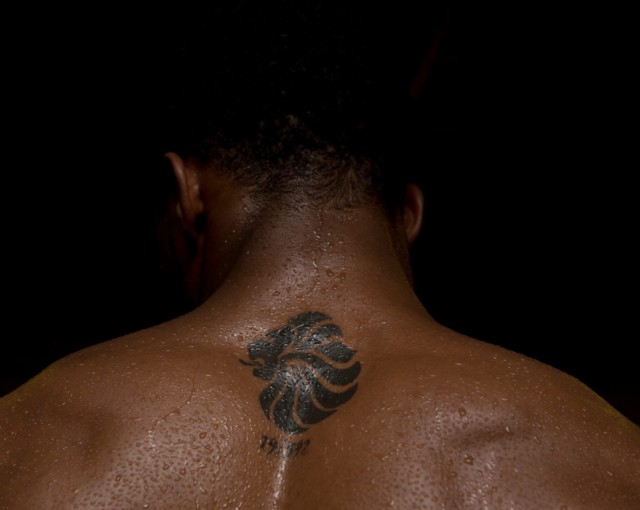 Because AJ says he’s always learning, wisdom is an important word to the boxer.

That’s why it’s tattooed on his right arm

“I always seek wisdom and and knowledge like the wise men from the Italian films and Wiseguy,” he said of the tattoo before fighting Vitali Klitschko.

“I’ve always sought it, so it had relevance and meaning to me.”

That or he’s watched Goodfellas too many times. 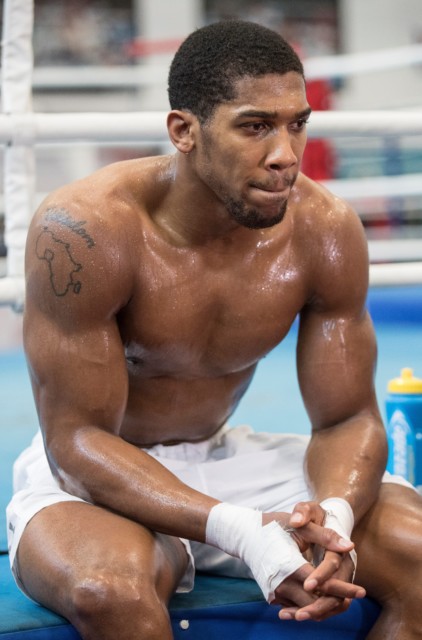 Wisdom is a watch word for the ever-learning Joshua 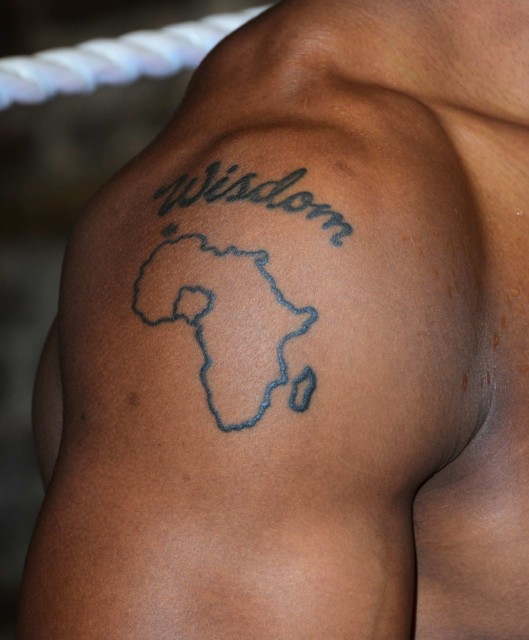 Joshua’s search for wisdom is partly inspired by gangster films

IT BEGAN IN AFRICA

The continent of Africa has had a massive influence on Joshua’s life.

So, below the word wisdom he has the outline of the map of Africa etched on his right arm.

His dear mum Yeta Odusanya comes from Nigeria, while his paternal great-grandfather is considered one of the greatest men of the town of Sagamu.

The tat is a simple nod to Joshua’s heritage.

“I learnt more about my family’s history and I ended up getting an Africa tattoo,” he said.

“It was a nice combination to have ‘Wisdom’ and your heritage tattooed underneath, so it went well.”

In total, Joshua has four tattoos decorating his sculpted body. Although he’ll have to go someway to bettering rival Deontay Wilder, who is covered head to bottom in body art. 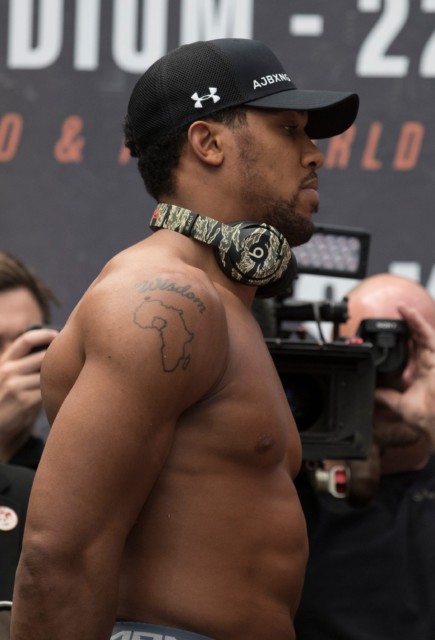 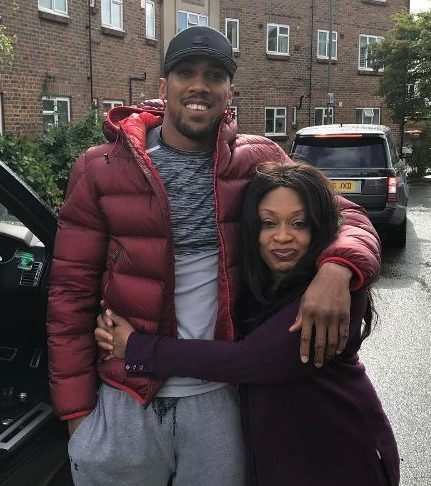