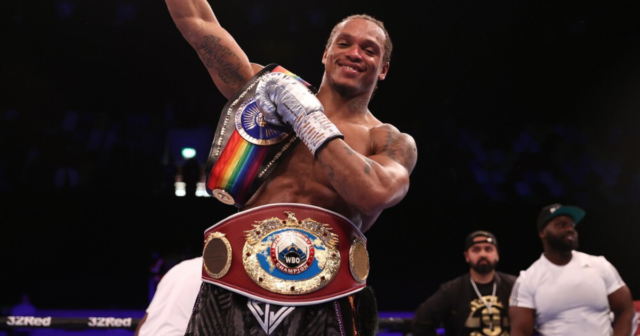 Almost exactly one year on from 30-year-old Arthur’s shock points win over the Hackney ace, also 30, Yarde got payback with a four-round demolition job. 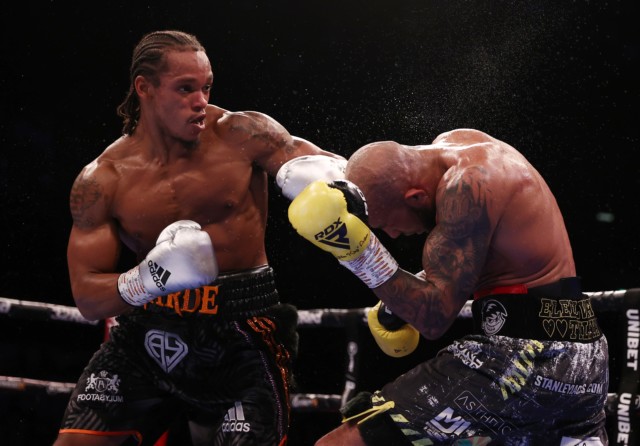 Joe Smith Jr defends his WBO light-heavyweight title against Brit Callum Johnson on January 15 and Yarde’s ruthless win means he will face the winner of that US clash.

Arthur was booed by Yarde’s army on his way to the Copper Box ring but once his travelling Manchester crowd heard the heckling they drowned it out with cheers for the champion.

Arthur was flanked by best friend and IBF flyweight king Sunny Edwards who had a brilliant impact at the first behind-closed-doors clash by loudly advising his mate from the Church House balcony and slamming Yarde’s skills.

Yarde flew into action with a whipped left hook aimed at Arthur’s head and then a right into his ribs.

And before the exciting opener ended Yarde appeared to buzz his opponent with a three-punch combination that seemed to stun Arthur who was looking to jab and hold early on.

In the second Yarde landed another meaty left hook and Arthur grabbed him and held while he recovered.

There was plenty of grappling and holding as the high-stakes fight threatened to turn into a wrestling match.

Referee Bob Williams should have been more eager to stop the scrappy manhandling but he struggled to get in between the two rutting stags.

Arthur scored with a couple of straight shots outside of the clinch but nothing that hurt his nemesis.

Early in the third Yarde landed another thidding left hook that wobbled Arthur but he jabbed his way back into the stanza.

Right on the bell there was a brilliant exchange as both brave men traded powerful shots and shrugged them off.

Right on the ding, they grinned and nodded at each other to mark the end of a thrilling round.

Then as soon as the fourth started Yarde landed a brilliant right to the body that Arthur would never recover from.

The wounded animal stayed on his feet but was battered up against the ropes until he finally collapsed and almost fell out of the ring before he was counted out.