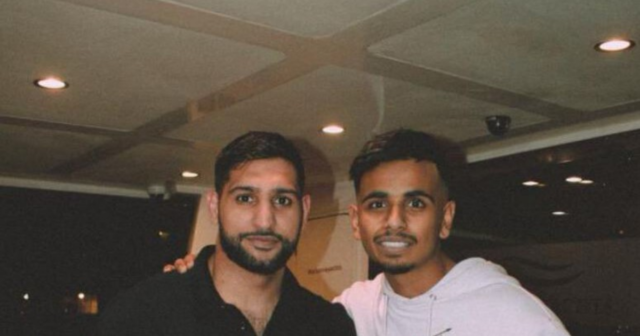 AMIR KHAN has warned Floyd Mayweather that YouTuber Money Kicks will go ‘all guns blazing’ in their boxing exhibition.

Belhasa has had only ONE YEAR and two celebrity boxing matches worth of experience ahead of the exhibition against the self-proclaimed ‘Best Ever’.

But Khan, 35, a friend of Money Kicks’ billionaire construction mogul father, has shown his support to the 20-year-old underdog.

“It’s funny because I was speaking to him about doing maybe an exhibition fight one day and then next thing I found out that he’s doing the Mayweather one.

“They are a very nice family, very nice people and look this is a massive opportunity for Money Kicks.

“Rashed will go in there and give him his best. I mean look, he’s fighting a multi-time world champion, one of the best out there ever.

“So good luck to him, well done to him. It takes a lot of bottle for someone who hasn’t had many fights as a boxer.

“Money Kicks is going to go in there all guns blazing. This is boxing, anything can happen in boxing.

“I don’t think it will happen, but you just never know and I do wish Money Kicks all the very best, because he’s a very nice guy and he’s a friend of mine.” 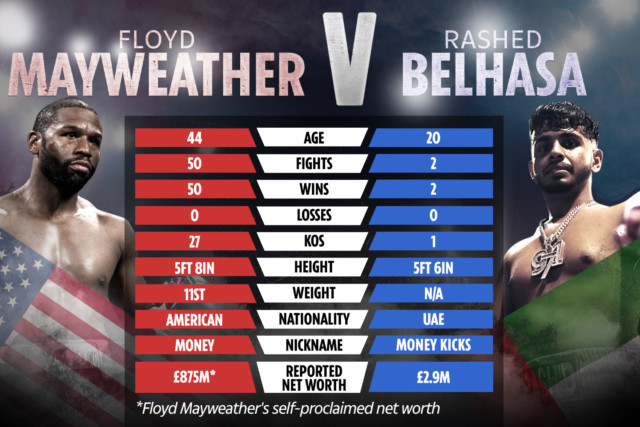 The shock spectacle bout, set for eight rounds, is due to be staged on top of the HELIPAD at the 700ft Burj Al Arab Jumeirah hotel in Dubai.

It will be the Mayweather’s third exhibition comeback fight since retiring professionally in 2017.

Mayweather, 44, officially hung up the gloves in after beating ex-UFC champion Conor McGregor, 33, in a lucrative crossover fight.

But he first returned by beating featherweight kickboxer Tenshin Nasukawa, 23, in one round in Tokyo. 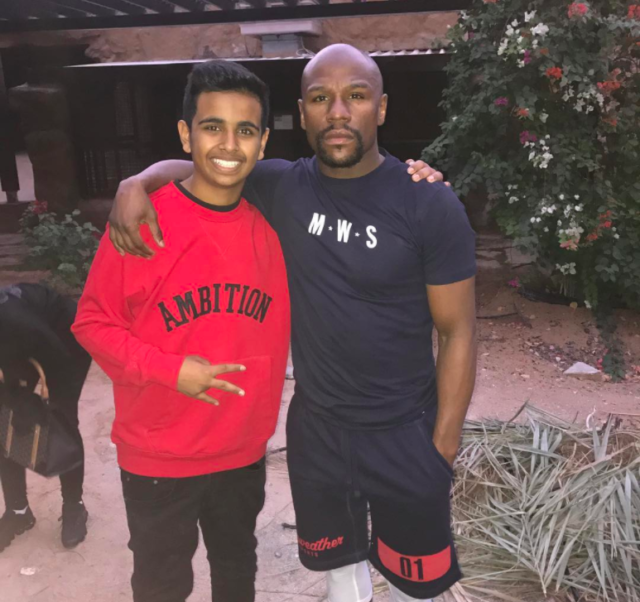 Money Kicks pictured meeting Floyd Mayweather in the past
In this article:finalstages, floydmayweather, gunsblazing