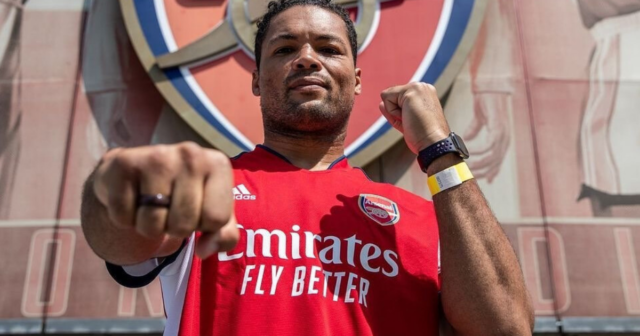 JOE JOYCE has challenged the winner of the Anthony Joshua versus Oleksandr Usyk fight to a scrap at the home of his beloved Arsenal.

The Gunners fan must first get past wily veteran Carlos Takam on July 24 – but is already eyeing a potential Battle of Britain.

And it is a fight that SHOULD happen – Joyce has been named as the WBO’s mandatory challenger for the belt currently held by Joshua.

His promoter Frank Warren uploaded a shot of Joyce in his Arsenal shirt outside The Emirates.

It was captioned: “When they’re done with Spurs, The Juggernaut would like to invite Anthony Joshua or Alexander Usyk to his patch.”

North Londoner Josh, who took a recent training camp to Marbella but will finish up his preparations back at the English Institute for Sport in Sheffield, said: “The date is set and we are fully locked in.

Joyce, meanwhile, moved into the No2 spot in the WBO rankings after he battered Daniel Dubois into submission in November.

It meant Dubois suffered his first ever defeat, while Joyce continued his all-wins record.

Next up for The Juggernaut, #JoyceTakam this Saturday. BT Sport 1 HD, 7.15pm 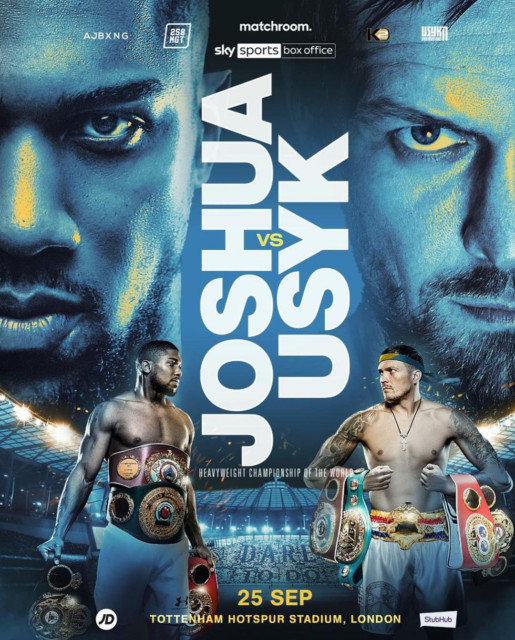