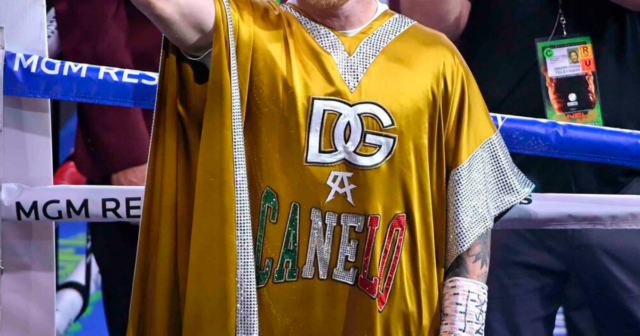 CANELO ALVAREZ has been warned Artur Beterbiev poses a ‘very strong threat’ to his legacy as the WBC gave the green light for the fight.

Talk has immediately turned to what could be next for boxing’s pound-for-pound No1.

The sport’s only champion with a 100 per cent knockout ratio, Russian Beterbiev, has been tipped as a dangerous challenger to Canelo.

He defends his unified WBC and IBF light-heavyweight title against Marcus Browne, 30, on December 17.

But afterwards, the WBC have given their blessing for Canelo, 31, to challenge for the famous green and gold title at 175lb.

WBC president Mauricio Sulaiman told Sky Sports: “It would be a tremendous match. Beterbiev is undefeated, he is a heavy, heavy puncher.

“He would be a very strong threat to Canelo’s legacy. But Canelo wants to keep going further and further so let’s see.”

Alvarez has only once fought at light-heavyweight when in November 2019 he knocked out Sergey Kovalev, 38, to win the WBO belt.

But he then moved back down to super-middleweight and in the space of 11 months won all four titles.

Beterbiev, 36, has 18 KOs in as many fights and stands as one of the most fearsome punchers in all of boxing.

Canelo’s relentless activity over the past year leaves him needing vital rest and announced he will likely return in May.

Alvarez will decide his next opponent in January and hinted at defending his titles opposed to moving up in weight.

He said: “We are always looking for the best fights and defending the titles is always important.

“When the time comes we will think about the future. Maybe in January, we will see what is next.

“I have nothing in particular in mind right now. I’m ready for any challenge, but we will see what comes next year.”

Did you miss our previous article…
https://www.sportingexcitement.com/boxing/tyson-fury-shares-vid-of-brother-tommy-eating-huge-meal-in-camp-as-he-warns-dosser-jake-paul-hell-get-annihilated