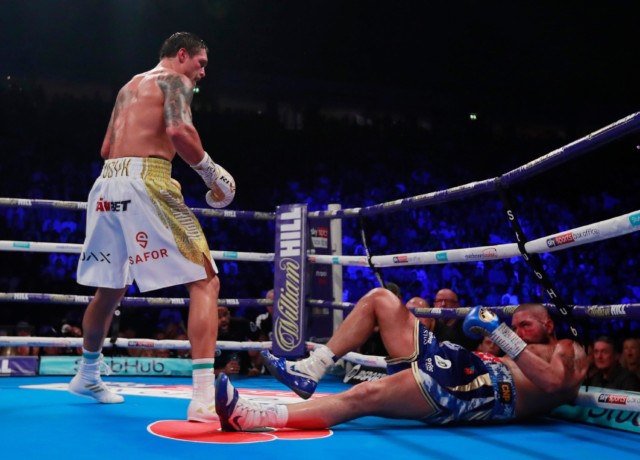 TONY BELLEW was furious with Oleksandr Usyk – after the Ukrainian mentioned his 2018 KO of the Scouser in his press conference ahead of his clash with Derek Chisora.

Former heavyweight champ Bellew was put on the canvas by Usyk when they fought at cruiserweight two years ago.

Oleksandr Usyk puts Tony Bellew on the canvas back in 2018 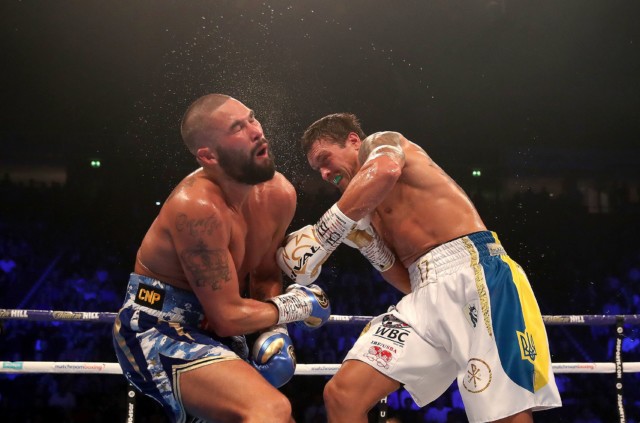 Usyk, 33, knocked Bellew sparko with one powerful punch in the eighth round.

The Ukrainian defended his undisputed WBA, WBC, IBF and WBO titles against Bellew in Manchester.

Questions have been asked whether Usyk has the power at heavyweight to step up and beat Chisora tonight.

But Usyk reckoned the way he dispatched Bellew shows he has the power to make the step up.

“Do you believe that you can stop Dereck Chisora on Saturday night and end this fight inside the distance?”

Bellew, 37, was in the conference room at the time and looked annoyed.

But the Scouser later said: “It doesn’t aggravate me, it’s fact.

“Can’t deny it, can I? The whole world’s seen it. He starched me, for six seconds, then I was back up.”

Advertisement. Scroll to continue reading.
In this article:oleksandrusyk, pressconference, yearsago