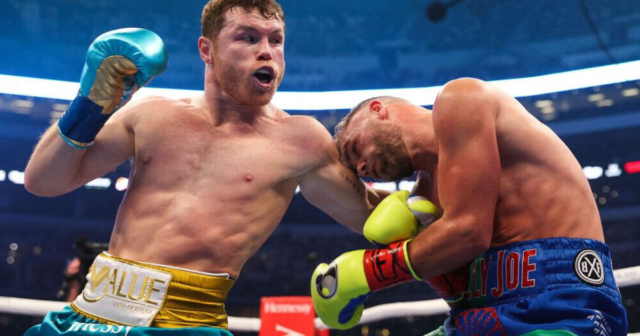 BILLY JOE SAUNDERS has quashed rumours he quit against Saul ‘Canelo’ Alvarez during their world title clash in May.

The 32-year-old’s team threw the towel in during the eighth round after the Mexican icon, 31, inflicted multiple eye fractures on the Brit.

Speaking to iFL TV, Saunders admitted: “If I wanted to go down on one knee with a broken eye socket, it could’ve easily been done.

“I went over a minute and still carried on… Anybody who knows me personally knows that’s not in me, ever.”

Saunders suffered his gruesome injury after Canelo produced a brutal uppercut in the eighth round, ending his unbeaten record.

The defeated champ came under fire afterwards for slamming Daniel Dubois the previous December for suffering a similar injury.

Saunders and Canelo were fighting for the unified super-middleweight world title and the latter was the favourite before the bout.

Eubank Jr is eyeing up a rematch with Saunders but the ex-champ is not overly keen on boxing again after making several investments.

Saunders added: “I’m not really worried if I box again. If I don’t box again, it doesn’t worry me. I’ve invested my money well.

“I have to go away to training for six or seven months. I have to take myself out of my comfort zone.

“They would have to be the right fights to get me back in boxing because I’m not interested in being a three-time world champion anymore.”