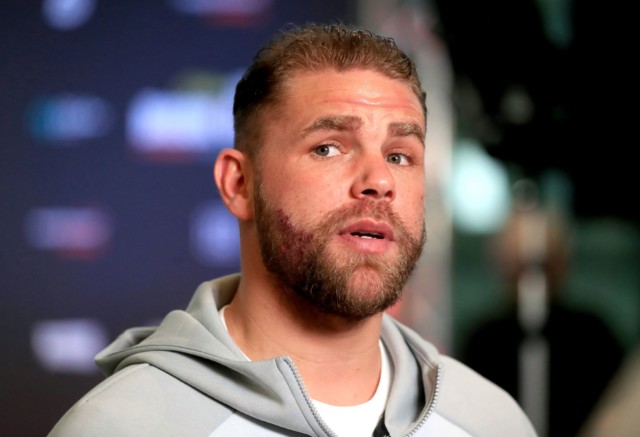 BILLY JOE SAUNDERS has declared he won’t wait around ‘twiddling his thumbs’ for a shot at Canelo Alvarez.

And the undefeated WBO super-middleweight world champion, who boasts a 30-0 record, instead wants a fight against middleweight king Demetrius Andrade.

Saunders has long been tipped to fight Canelo, regarded as the best pound-for-pound boxer on the planet.

But the Mexican, who beat Callum Smith last month, will next defend his WBC and WBA super-middleweight belts against Avni Yildirim in February.

And Saunders, who also fought last month with a win against Martin Murray, is not prepared to sit around idly in the meantime.

The 31-year-old instead wants to take on Andrade, calling on him to vacate his middleweight crown and step up to 168lb – with the winner taking on Canelo in May.

Saunders and Andrade were due to fight in October 2018 but the £1.8million payday was scrapped after the Brit tested positive for a banned substance.

But Saunders is determined for another shot at Andrade, telling IFL TV: “I’m supremely confident of knocking him out cold, very confident.

“Me and him have swapped messages on social media. I would love to give him a hiding. Eddie Hearn, let’s make the fight. 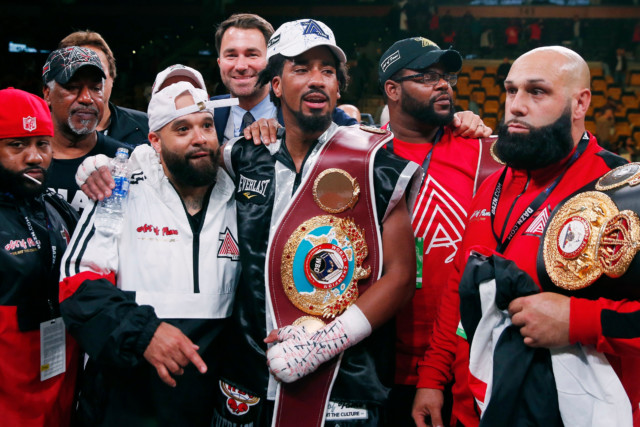 Saunders has called out Demetrius Andrade to step up to 168lbs

“I don’t want to be sitting around. Let Canelo do his thing. If he’s fighting in February, I would love to fight him in May.

“But if he thinks I’m going to be sitting around until May twiddling my thumbs, he’s got another thing coming.

“I’m not going to be doing that. I’m back in the gym, I’m in shape, let’s get it on. Let’s stop beating around the bush and waiting around.

“I’m going to get sick and tired of waiting around for one of these big fights. I’m getting to the stage that if a big fight doesn’t get made then ‘thank you very much, see you later’.

“I’m in it for the big fights to see how good I am. Andrade, if he moves up, he jumps in front of everyone.

“The winner of us gets Canlo. It’s a brilliant plan, isn’t it?” 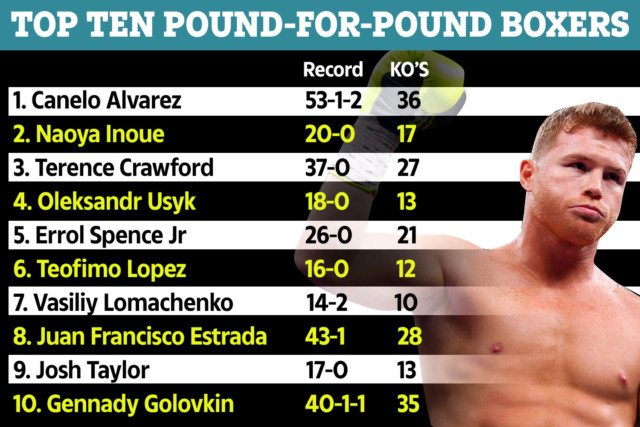