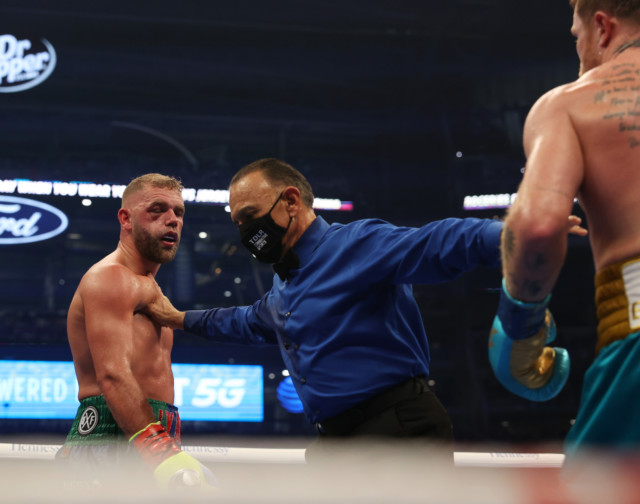 BILLY JOE SAUNDERS will be out for a long time and could retire following his defeat to Saul ‘Canelo’ Alvarez, according to promoter Eddie Hearn.

The Brit performed admirably for eight rounds against the pound-for-pound star, but was then hit with an uppercut which fractured his orbital socket and trainer Mark Tibbs threw in the towel before the start of the ninth.

And while the loss was only Saunders‘ first in 31 professional fights, Hearn feels he could well choose to hang up the gloves.

Speaking to iFL TV, he said: “You could see as soon as he [Canelo] hit him [Saunders] that he’d done his eye socket.

“I think because he couldn’t see, the next round was going to be a bad situation. I think he would have got badly hurt in that round.

“He’s gone to hospital and I believe he’ll have that operated on immediately. So he’s going to be out for a long, long time.

“But he’s a world class fighter who lost to the pound-for-pound number one. He’s a two-weight world champion.

“If he wants to carry on there’s some big fights out there for him. He may feel he has got to a stage where he’s been there, he’s done it, he’s seen it all. We’ll back him 100%.”

The 23-year-old has spent six months on the sidelines but will return on June 5 against Bogdan Dinu. 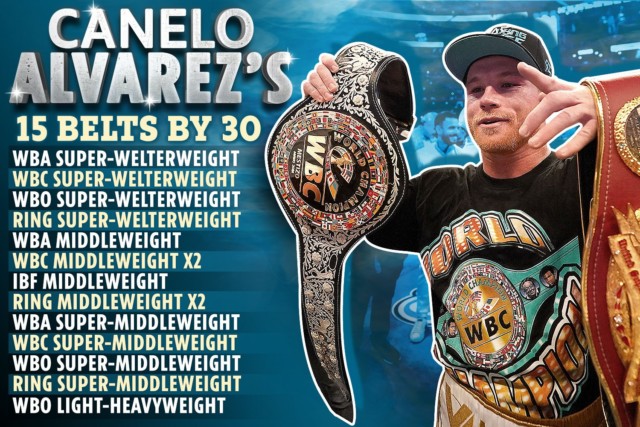 If Saunders does decide to continue, there are a number of intriguing fights he could be involved in.

A rematch with Chris Eubank Jr is one boxing fans have been wanting to see for several years ever since Saunders beat him by split decision in 2014.

And then there are other mega-fights on the table against the likes of Gennady Golovkin, Callum Smith and Demetrius Andrade.