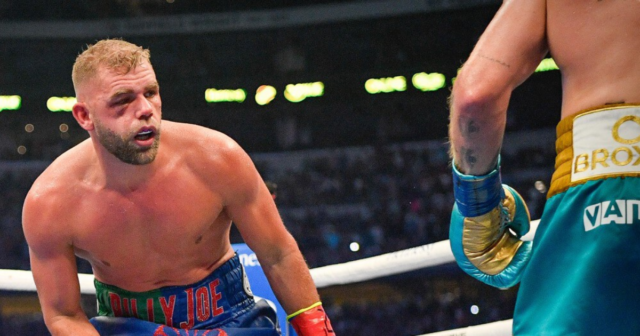 The British rivals have continued to feud throughout the years since Saunders’ split decision win in 2014.

But his fighting future remains in doubt following his brutal loss to Canelo Alvaeez, 31, in May, which left him with FOUR face fractures.

And Boxxer promoter Ben Shalom, along with Sky’s head of boxing Adam Smith, have been in talks with Saunders, 32, over the bitter rematch.

Shalom said: “Billy Joe Saunders is still on the phone to myself and Adam. So there’s big British fights out there for him.”

He added: “Billy Joe really wants this fight because he knows Chris has gone from strength to strength since they last fought.

“It’s a huge pay-per-view fight that, it’s a huge night. But Billy Joe has got a lot of work to get back, he obviously suffered a big defeat.

“I think we’ll see him fight again this year and that’s a fight for the next couple of years, I don’t necessarily think it will be the next one.”

bSaunders has previously revealed only a rematch with Eubank Jr and £5million payday will prize him back into the ring.

Whereas for son of British boxing legend Chris Sr, he has several options on the table, having also called out middleweight champion Gennady Golovkin, 39.

But Eubank Jr still disputes his points loss to Saunders, which motivates him to settle the score once and for all.

He said: “I don’t think much of him at all, as I’m sure you guys know. But is it a fight I would take? Yes.

“The fight has everything, it has a story, it has two top-tier fighters who don’t like each other. Who doesn’t want to see that fight?

“I don’t know, he doesn’t have anything to offer but the defeat that was gifted to me all those years ago.

“But if the offer is there and it’s the right time and the right place and the business makes sense, then let’s do it.” 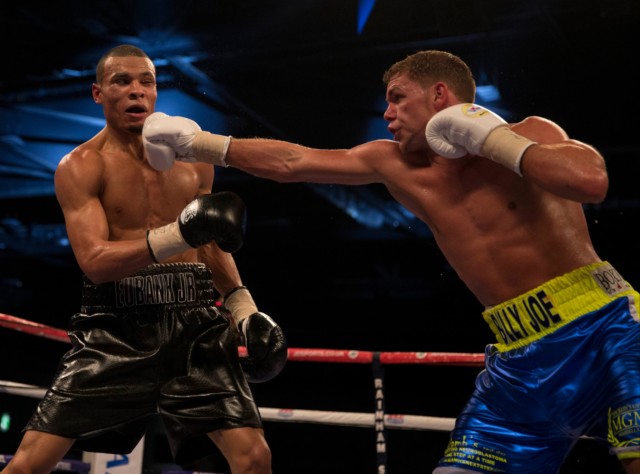 Chris Eubank Jr was beaten by Billy Joe Saunders in 2014
In this article:billyjoe, eubankjr, thebritish