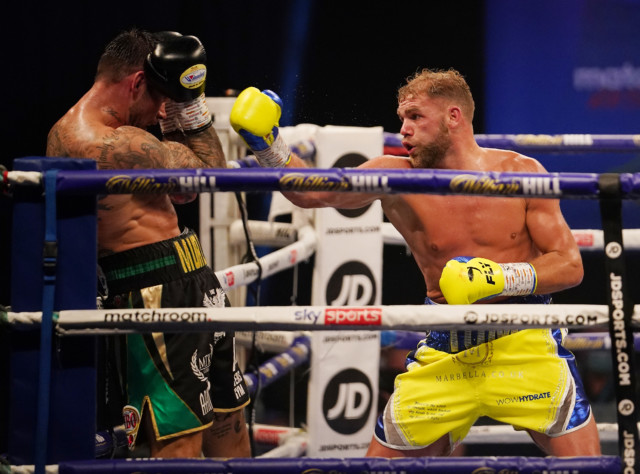 The 31-year-old champ lost uncle Tom Beaney in the build-up to the all-English Wembley Arena clash and had his name emblazoned on his kit.

And he did him proud with the 30th win of his career – showing moments of supreme skill and dogged heart – to see off the 38-year-old warhorse, who now has five failed world title bids on his impressive CV.

The southpaw was too fresh, slick and accurate for the St Helens hard man but not powerful enough to stop the respected veteran.

The three judges got to watch a masterclass from Saunders, scoring it 120-109, 120-109 and 118-110 and he can now return to chasing down career-defining fights with Canelo Alvarez and Gennady Golovkin.

He said: “I have been out for over a year and it was like boxing in a cemetery because I like to box for a crowd.

“I tried to set a rhythm but he is a clever old fox so I can not shout people’s names out on that performance.”

Both men prodded and poked with their jabs in the opener, a straight left hand to Murray’s body was probably the best shot of the round from Saunders.  Murray landed a right hand in the second but it only thumped into the Hatfields man’s chest.

Saunders threw more combinations in his fluorescent yellow gloves but the veteran’s guard was high and tight and caught most of them. By the third it was clear Murray was looking to break Saunders’ body, especially off of Saunders’ southpaw jab.

But Saunders twice landed a lead right uppercut that had his few fans clapping in the darkness of the arena. 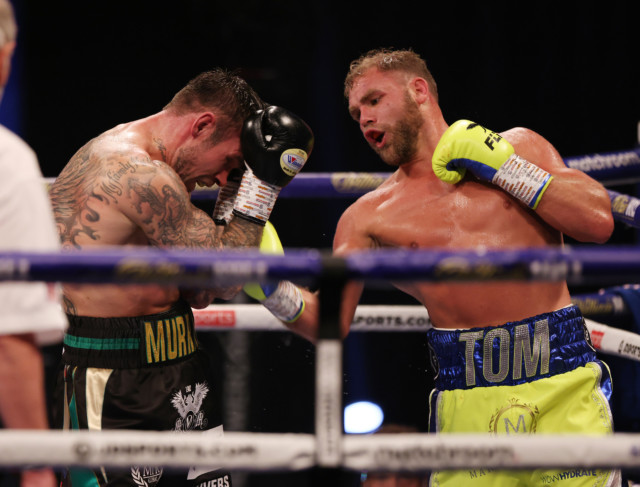 Saunders, 31, looked comfortable against the veteran 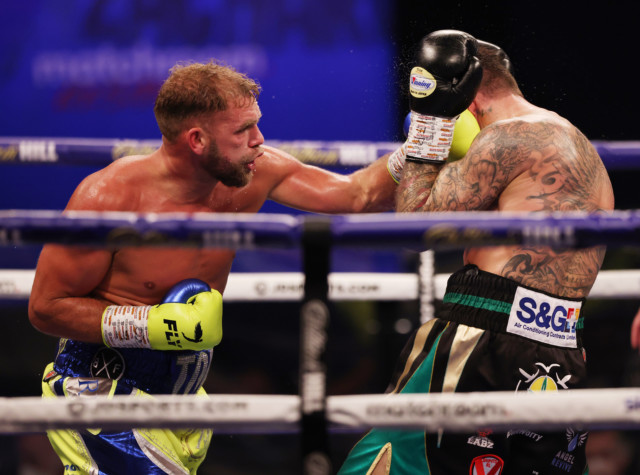 Saunders looked dominant – though was critical of his own performance

Murray was down in the fourth, he was definitely hurt after two one-twos, but referee Phil Edwards called it a slip. Saunders was sliding up the gears and slashing through Murray’s defence with laser-like blows.

Saunders hadn’t enjoyed a high-level opponent or performance since bamboozling David Lemieux in 2017 but he didn’t show a shred of ring rust.

It was becoming positively one-sided in the fifth when Murray’s big heart and hard chin were the only things keeping him in it. 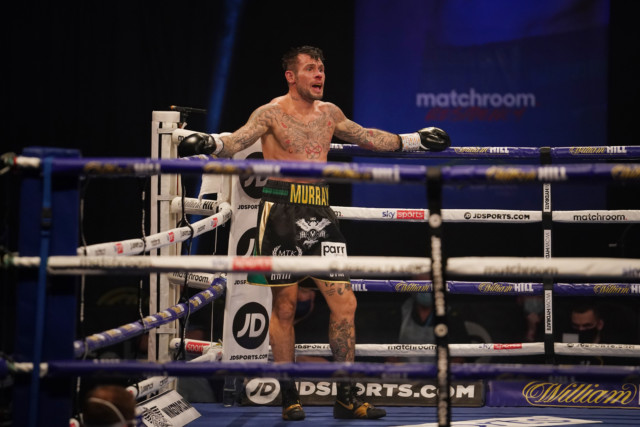 Murray, 38, will now have to consider his future

Trainer Mark Tibbs told Saunders to take the tenth off, after some gruelling clashes and clinches but he landed with a brilliant head-to-body combination.

Saunders had gone three years without an elite opponent and performance but he showed no ringrust as Murray’s resilience provided the perfect platform to showcase his punches and movement.

The proud Traveller won the fight with a piston-like jab and a screw-shot uppercut, taking every single round on two of the cards.

Gutted Murray admitted he lost to a better man and refused to confirm his retirement as he looked forward to racing home to his family.

Advertisement. Scroll to continue reading.
In this article:billyjoe, career, uncletom